We asked electsmartUS founders, Milind Patel and Tom Coscia, a few questions about building an app that provides relevant information about upcoming elections and pressing political issues. Milind and Tom decided to create electsmartUS to help combat the fake news and inaccurate information that threatens our democratic systems. They built their app on Bubble so that they could use back-end features, such as workflows and databases, without needing to rely on traditional programming methods.

Milind Patel: Accurate and relevant information regarding elections and politics is usually overpowered by sensational, biased and sometimes even fake information that damages  democratic systems even more. We address this challenge by providing citizens and voters with relevant, unbiased and actionable information so that they can vote for  candidates who are not corrupt. We are also trying to improve voter turnout by offering reminders and other important resources to increase voter turnout.

Visitors select a state and US congress district and receive information about upcoming elections (our current version focuses on federal elections only), details on candidates running, COVID-19 policy changes and more. We also try to provide tools and resources for voters so that they can stay involved, whether through voting or running for office themselves.

I grew up in India and did my medical school there. I pivoted to business and pursued an MBA. More recently, I've been learning data science and computer science. I initially developed the idea for electsmartUS over 2 years ago, but I was struggling to build it, largely due to the fact that I wanted to launch an app but lacked a traditional background in development. After using some no-code tools to build prototypes, I came across Bubble, which made it much easier to create an app for end users.

Bubble has a good balance of front-end and back-end capabilities, both of which are needed to launch an MVP for a project that is as complex as electsmartUS. In the past, I used tools that made it easy to design the front-end, but difficult to create workflows and work with databases.

What have been your successes or milestones so far?

We have seen positive responses, as many people are looking for generic voter surveys. Some friends and acquaintances have offered encouraging feedback on the app as well. In the last two months, we have launched our MVP site live on domain and released a free non-login preview.

Currently, we are recruiting for beta users so that we can iterate and move towards launching the final service. We hope to add all US federal elections coming in November 2020 to our beta version, as well as provide relevant information on candidates for primary elections in states that still have upcoming primaries. We are also starting to apply to accelerator programs such as YC, MassChallenge, and Fast Forward.

In the long run, we want to help citizens better navigate the process for filing and running for public office. We aim to become a global organization, one that provides citizens in all countries with ways to get informed and better engage with their respective electoral and political systems. 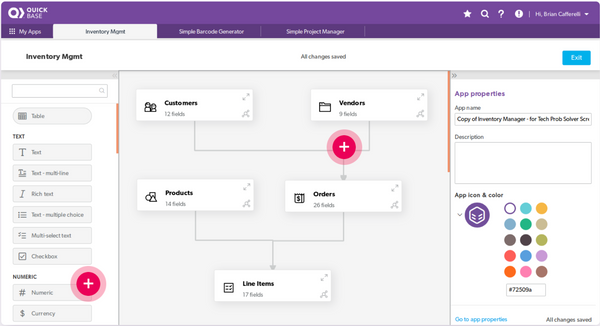 Evaluating Quick Base as an enterprise-focused no-code tool, based on features, functionality, pricing, alternatives and comparison.

Learn how to create your own online encyclopedia, using Bubble's visual web editor.