We asked Nutriso founder, Alex Pethick, about building an app that enables users to optimize performance, shrink their carbon footprint, and reduce animal suffering by finding and eating the most nutritious plant foods. Alex has a background in marketing and runs a marketing consulting company called LeadTree. He chose Bubble because the no-code platform offers all of the features and tools necessary to build a fully-functional web app without having to write a single line of code.

Nutriso is for anyone who's looking to optimize performance, shrink their carbon footprint and reduce animal suffering by finding and eating the most nutritious plant foods.

As a former collegiate athlete and now brazilian jiu-jitsu practitioner and occasional obstacle course racer (OCR), I too wanted to stay on top of my nutrition so this “scratches my own itch” and curiosity — therefore it’s a resource I use myself.

Anyone who’s “plant curious” can easily select a nutrient (e.g. protein) and whether you’d like to find plant based foods high or low in that nutrient. Nutriso will then search through thousands of foods and data points to show you a list of all foods that match that criteria.

Nutriso will then search through thousands of foods and data points to show you a list of all foods that match that criteria.

It was while vagabonding in Cambodia that I conceived of the idea of Nutriso.

As we traveled (literally) around the world, we met hundreds of people and eventually, in conversation, our diet would come up. We'd hear "where do you get your protein, iron, [fill-in-the-blank nutrient] from" —questions I'd previously had for myself and were totally understandable when one has been programmed to believe plants are devoid of such nutrients.

Over time, I began to see people within my online communities (Facebook groups, subreddits, online forums and YouTube comments) ask similar questions. Someone would do their best to answer, often citing commonly circulated lists of foods or infographics. But after verifying, I found out many of the suggestions were often inaccurate or not ideal.

When I searched for a website or app—free from animal food sources—I found out no such thing existed. Over a year passed by and I thought about the idea almost weekly. But as someone that didn't know how to code, I couldn't put this out into the world.

My background is in marketing and I run a marketing consulting company called LeadTree. I’ve known some CSS and HTML for quite a number of years and I’ve always wanted to learn other programming languages but it just never happened.

One day, I randomly stumbled upon Bubble and immediately jumped in to start creating. Over the years, I’ve had many web app ideas but I could never bring them to life...until I found Bubble.

My creative process better lends itself to a (drag and drop) canvas which Bubble offers than it does to a rigid, structured, column-based builder like most other nocode platforms offer.

I also liked the idea of a tool that could do it all: databases, workflows and a designer that would allow me to create an app that’s indistinguishable from something written in PHP, javascript or whatever.

In fact, I’ve had at least 5 developers reach out to me to collaborate. After I tell them I actually created it on Bubble, they’re both shocked and impressed.

I never actually took a Bubble coure, so I’ll admit, I’ve had my challenges, and it took me a few months to build Nutriso, but by learning on the job or using “just in time” information, I found it an excellent way to learn what I actually needed to apply.

It’s only been live for a matter of a few months and it’s already gone viral within both the r/veganfitness and the r/vegan communities on Reddit and got a mention in Inverse by a GQ writer and is set to be featured in another prominent plant based publication (all with no advertising).

Reddit can be a brutal place (and a lot of makers are fearful of sharing there), but I was so pleasantly surprised to receive a 99% upvote rate and incredibly kind, thoughtful and grateful messages.

To date, Nutriso has grown to reach more than 4100+ people in over 90 countries.

Carry on making really helpful tools for plant based eaters, the “plant curious” and for those people who are interested in the “future of food” such as alternative proteins.

I also want to improve the speed, filtering capabilities and potentially develop features that are monetizable. 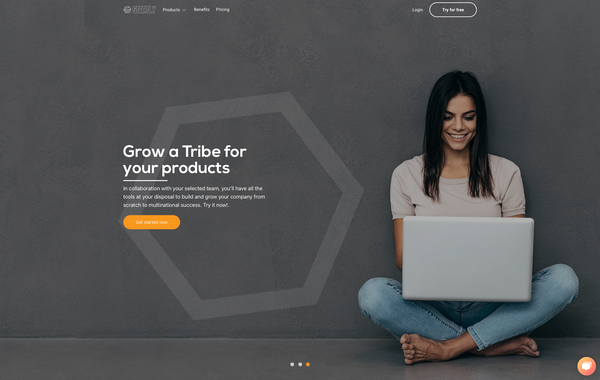 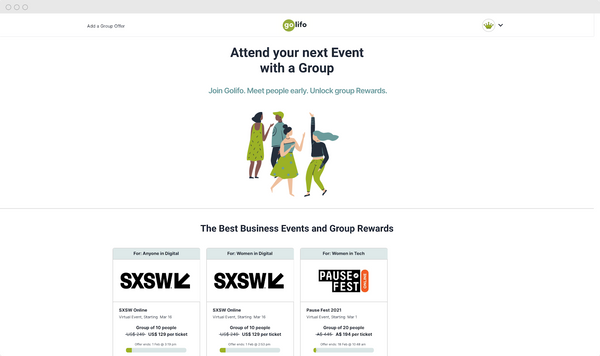 Golifo is an app that helps people connect early, network, and unlock event offers that are reserved for groups.