The terror of capitalism is: I don’t grow my own food.

We are alienated from the process of sustaining human life. Our relationship with food, shelter, sanitation, and housing is mediated by the market. If you don’t have something to sell, something that the market wants, you starve.

Our survival depends on an indifferent god. The market is not benevolent. It does not reward virtue or hard work. The market, like Rhett Butler, doesn’t give a damn.
In fact, perfect competition is perfect poverty. On a truly level playing field, profits go inexorably to zero. The only reason anyone makes money is market inefficiency, because in an efficient market, all innovation is copied and all prices are undercut. There is always someone willing someone to work that extra hour, or that dollar cheaper, because starving slowly is better than starving quickly.

The invisible hand is real, and it has one job: to squeeze your life out. The free market will strip-mine you.

So what do we do? We make monopolies. Everyone who has any wealth at all is participating in some form of a monopoly. Monopolies are forces of anti-competition. They are social constructs with the purpose of excluding outsiders from a given market, in order to make that market inefficient.

We are all monopolists, because if we weren’t, we would starve. In a capitalist world, monopoly is the primary expression of human creativity.

Based on our monopolies, we judge each other. We say this one is good, this one is bad. We defend our own and attack those of others, and call it social justice or morality or freedom. The truth though is that the only way a monopoly can exist is by forcing out other people. We create artificial standards for comparison that outsiders can’t compete with (it’s called branding if it the lie is about the product, elitism if the lie is about the person). We enforce laws that stop them outright (it’s called regulation, or intellectual property, or protectionism). We create fear and pander to desire. The tactics are as diverse as humanity, and none of them are any more or less moral than a bird eating a mouse.

People in Silicon Valley are excited about “disruption”. Disrupt has become an imperative: “TechCrunch: Disrupt!” Disruption means the destruction of an old monopoly to replace it with a new one. It means that outsiders get to become insiders, and insiders become outsiders.

What is left out of this truth, though, is that for the disrupters to profit from their innovation, they must capture the value they create through monopoly. They need to raise barriers to keep people from following them, or else they will see no return on their investment. So, everyone else does win — as consumers. But they lose as producers. They are the new outsiders, shut out of the new economy.

A disrupted world is a world of constant fear. The faster technology advances, the faster the new monopoly becomes the old monopoly. The only security in a disruptive world is to constantly be disrupting, to innovate faster than your competitors can. Disruption, therefore, is elitist. The subtext of disruption is always, “I am smarter and therefore more worthy.”

Every elitist claim conceals a fear of its opposite. What if you aren’t actually smarter? What if the other guy is? This fear is what drives the social universe of Silicon Valley. This is why successful CEOs are hero-worshipped, and why people flock from trend to trend, hopelessly trying to reverse-engineer success. It’s the continual anxiety of the perpetually lost, trying to find their way over to the right side of history before it’s too late.

Is there a better way? Is there a third alternative to the stasis of entrenched monopoly versus the violence of new monopoly?

Yes. Yes, there is. There is a currency out there that is not zero-sum at all, that is not based on fear, that does not rely on insiders versus outsiders.

We can state the imperative of monopoly as: seek power for yourself.

And the imperative that can defeat monopoly? Seek power for others.

Seeking power for others, empowerment, means working to increase the effectiveness of our neighbors in the world. It means working to put more material resources into their hands. It means sharing technologies with them. It means helping them be happy and psychologically whole.

This kind of empowerment is not feel-good charity. It’s money in the bank, for yourself. When shit hits the fan and it’s you who needs food, medicine, shelter, the absolutely best resource you can have is a network of empowered people who feel that they owe you one. It’s much easier, in fact, to wipe out a bank balance than it is to wipe out an empowered social network.

What does empowerment look like in practice? In practice, it looks very similar to capitalism. Like a capitalist, you understand what the people around you want (and you also pay attention to what they need). Like a capitalist, you provide goods and services that meet those needs. Sometimes people pay you for those goods and services. Sometimes they sponsor you to provide them, a la Kickstarter. And sometimes you just give them away for free.

Empowering others is not about overthrowing capitalism, it’s about building on top of it, of playing the free markets by different rules.

Empowering others is practical strategy. Empowerment can go head-to-head against self-interest and win. Self-interest is a short-term game. It’s extractive; you build your monopoly, and you use it to milk the people around you dry. You gain resources, but lose network. Conversely, empowerment doesn’t gain you as many resources up front, but it creates compounding interest as the people you empower are more able to empower other people, causing the network as a whole to gain value exponentially.

More and more people are choosing this new game. Outside of the world of venture-backed disruption, entrepreneurs are increasingly rejecting the premise that companies exist to provide return on investment, in favor of the premise that companies exist to create a social good. Within the existing corporate order, the rise of the B Corporation provides a legal framework for companies to put social goals ahead of shareholder profits. Entire ecosystems such as the open source community have been built around freely giving. Those are examples from my own experience; I’m sure there are many others across the world.

I see Bubble as a small (and hopefully growing!) piece of this picture. Our mission is to empower people to create technology: to expand the circle of people who have the ability to innovate with new apps. We’re excited to be working to help people create things… if there’s anything we can do to help you get something new off the ground, please let us know!

Announcing our integration with Blockspring: an amazing service that makes connecting to data as simple as Bubble makes building apps. 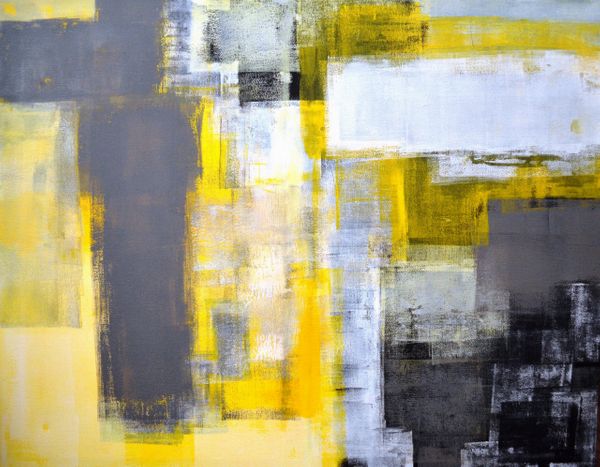