Imagine a dating app that lets you know the expectations of potential matches right from the start. The ability to immediately and definitively communicate our relationship goals—whether we wish to hook up, develop a friendship, or have a long-term romantic relationship—would be priceless for many of us, especially those who date regularly.

Gilles Lai created Really Really Want (RRW) with this exact purpose. Headquartered in Paris and named after the lyrics of the song Wannabe by the Spice Girls, the application distinguishes itself from many major dating apps with one specific feature: a simple filtering system based on the expectations of its users before going for a date. But creating such an ambitious project required arduous technical effort from Gilles, until he discovered Bubble’s accessible no-code tools.

“Bubble allowed me to be more hands-on”

Gilles originally intended to create a native mobile app for his project, which at the time he imagined as a service that would filter dating matches based on expressed personal interests. But after having faced difficulties with its distribution, he chose to create a Progressive Web Application (PWA) through a code-based agency, a process which he ultimately found frustrating: “The agency I originally hired left me on my own. They weren’t satisfied with the profitability of my app, and they kept asking for more money,” said Gilles.

Eventually, he came across the French no-code agency Cube. Although he had previously heard of Bubble through a friend, it was while working with Cube that he learned how to use it: “I chose Bubble because I wanted to be more hands-on about the PWA I was trying to create […] Cube helped me with the first version of the app, but eventually I took the lead and decided to work on my own.”

As his vision continued to evolve, he realized that filtering matches according to intent had far more business potential than doing so in terms of tastes and preferences. Thus, the current version of RRW came to be.

How the no-code tech behind ReallyReallyWant works

Whenever a user of RRW has the possibility to match with someone else, they are provided with six different filters expressing expectations: Something casual, Get a drink, Friendship, Long-term relationship, Open relationship and Hookup. The user journey looks like this:

The filters were built  using Bubble’s option set feature, which helps create a static set of choices for an app’s users. At the core of this system is the goal of preventing users from lying to each other about what they are going for on a date. As the app’s website would describe it, its purpose is to “take the guessing out of dating.”

Another important feature is the “Super Like.” While Likes are essentially silent and not visible to their recipients, Super Likes immediately notify the recipient about the sender’s interest upon being sent. The recipient can then choose to apply as many features as they please to match with the sender, instead of being constrained to selecting only two.

Using Bubble, Gilles designed the app so that Likes and Super Likes are saved as data types. In the latter case, the app’s workflow is constructed so that whenever a user is on the Super Likes list of the app’s database, Super Like mode is automatically turned on for the filters, thus allowing the recipient to choose from the entire list without any kind of constraint.

On the development side of things, Gilles used Bubble to create an entire back office that allows him to track relevant analytics for RRW, including:

The back office hosts several graphs and visual aids that undergo monthly updates, which makes regularly tracking growth significantly easier. For security, it is also able to track suspicious activities on its user base and filter them into a list that collects suspicious IP addresses.

On the user side of things, noteworthy features Gilles plans to include are:

Significant milestones and the future of ReallyReallyWant

RRW launched in July of 2021. In just about a week, it managed to gain roughly 1,200 users and 500 messages sent between them. Gilles is planning to eventually seek fundraising for his app. Although RRW’s users are predominantly French, Gilles expects this to change as his business continues to expand. With vast potential for innovation and expansion, RRW will hopefully become a staple not only of the dating app stage, but also of the power of no-code in the current climate of web app creation. 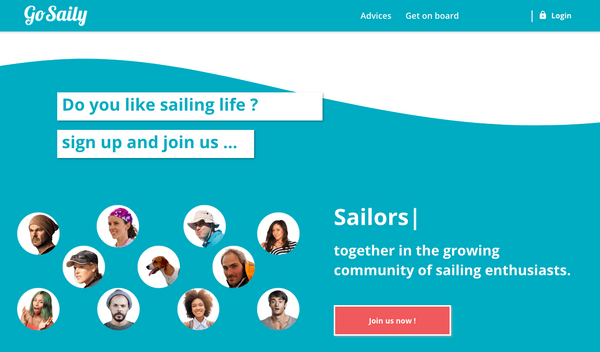