When it comes to successfully creating software, most people still assume you need to hire an engineer – or invest thousands of hours and dollars to teach yourself specific programming languages that will let you build technology. But for people like Daniel Abebe, the traditional programmer path is no longer the best or most flexible way to build software quickly and sustainably.

Daniel says he is “not a technical person at all.” But he and his small team at HuggyStudio, based in Zurich, Switzerland, currently make their living entirely by building web apps for other people in 4 to 8 weeks or less. Their clients range from early entrepreneurs to established large companies.

Their secret? They build apps using no-code tools like Bubble.

“When I show one of my friends a new app I’ve created, they always ask me, “who made that?” says Daniel on his blog. “When I tell them, “I did,” they laugh and ask again.”

Want to be like Daniel? Bubble now has advanced professional bootcamps that quickly train you into becoming a professional no-code web developer.

From Broke to Business with No-Code

Daniel describes his entrepreneurial mindset from an early age, from starting his own pasta restaurant to building a DJ platform, to attempting to launch the “next world-changing application.” But at one point during his life, he says he was “pretty much broke” – paying off debts to a developer he had previously hired to build out an app idea, while living in a temporary one bedroom apartment with his fiancée and their dog. It was then he reflected on his true passion and realized he might be able to help other entrepreneurs with their ideas.

He discovered Bubble's no-code platform from the site NotRealTwitter, created by the Bubble agency AirDev as a proof of concept of the power and flexibility of tools like Bubble, showing what you can build without needing to write code.

As an active member of local entrepreneurship communities like the No-Code Zurich Meetup group, Daniel met others who shared his passion for “being an entrepreneur and fighting for ideas with fellow founders.” He took time to quickly build his Bubble skills while helping others navigate validating their ideas with his entrepreneurial experience.

One of those people was Fabian Gmür, his future HuggyStudio co-founder. Fabian, born and raised in Bern, Switzerland, studied business and previously worked in online marketing and product management at SAP and Google. At the time, Fabian led the Product Incubation Team at Switzerland’s largest marketplace network.

In his spare time, Fabian enjoyed building digital products and businesses, but was limited to creating static websites using website builders such as Wix or Squarespace.

Then Fabian stumbled on no-code tools Bubble and created his first Bubble application: a gamified way of gifting donations at birthday parties, instead of conventional gifts like wine. He debuted the app at his own birthday party. “My friends donated without realizing it was me who built it,” Fabian said.

When Fabian met Daniel through the no-code enthusiasts Zurich meetup, he realized he had found a kindred spirit and a "soulmate."

"We both shared the passion for creating new digital businesses and products," Fabian said. "Plus [we] shared the belief that no-code is such a powerful enabler for innovation and entrepreneurship."

In 2020, they founded HuggyStudio, a no-code agency that builds minimum viable products (MVPs) in less than 8 weeks using tools like Bubble. They picked up another team member, Stefan Egger, from Fabian’s old company as a design lead.

The power of no-code tools allows agencies like theirs to make the unique promise of building a fully-fledged app in record time, letting clients get quick validation and reach the market faster. Clients also benefit from no-code's accessibility for nontechnical people, allowing them greater control over their app after launch compared with traditional programming.

Daniel, Fabian and Stefan now make comfortable livings in Switzerland off the agency’s earnings, and their clients range innovation teams from larger Swiss companies to local entrepreneurs looking to get off the ground. (Our team has found that even early stage freelance Bubble professionals can make more than $100 an hour helping others with their apps.)

“When I look back on this journey, the world of no-code did change my life.” Daniel explained, “With no-code, I can visually define the applications I, and now our clients, imagine… With no-code, we can quickly create an MVP and get it into the hands of users to make sure it creates true value from the start. And all without going into debt.”

Bubble empowers people like Daniel and Fabian to make a living building apps with no-code. If you want to ramp up your learning to become a Bubble professional, you can join our weekly bootcamp for Professionals. 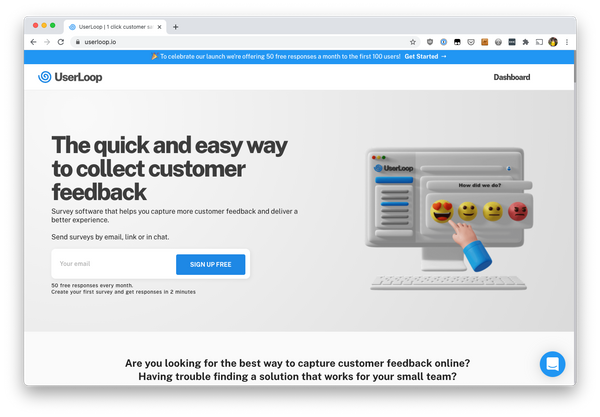 UserLoop allows brands to create and send surveys to their customers by email. 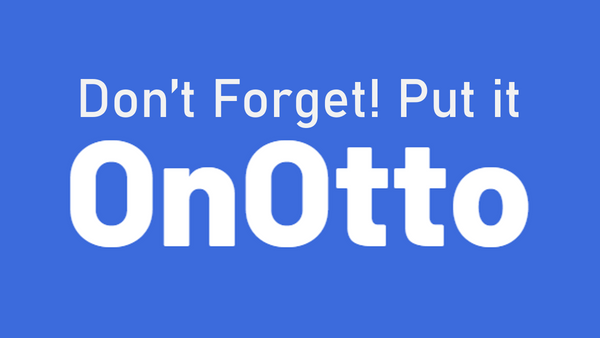 OnOtto is an app that helps households stay on top of periodic maintenance by sending recurring reminders.