These days, users often access websites and apps through their smartphones. Creating a Bubble app suited for a mobile experience can help you reach more customers.

Bubble is a no-code platform that helps you build web applications without code. But you might wonder how your web app would work on a mobile device. In this article, we’ll discuss the different ways in which you can adapt your Bubble web app to mobile.

Web apps, unlike mobile apps, can be accessed on your computer and your phone through a web browser, like Safari or Chrome.

Learn more about web apps and how to build your first web app with Bubble.

Mobile apps that you download through your phone’s app store (Google Play Store or Apple Store) are called native apps. If you design a native mobile app, you can even improve the user experience by integrating mobile sensors (camera, GPS, etc.), push notifications, keyboard shortcuts, and gestures.

Prepare your Bubble App for a Mobile Experience

While Bubble apps do not start off as native apps, all Bubble apps are still accessible on a mobile device through any web browser. In fact, we have features to optimize the mobile experience on your existing Bubble app:

Some additional tips on designing a Bubble app for a mobile experience are:

There are two primary ways to go about adapting your app for mobile.

1) Wrap your app into a native mobile app, which is specific to iOS or Android and represents your standard downloadable mobile app.

2) Wrap your app into a progressive web app (PWA), which is a web-based solution comparable to a native app.

Native apps are the standard for mobile apps. Because they’re created for a specific mobile operating system (OS), native apps provide a wider range of UI/UX features, give access to all APIs in the corresponding OS, and interact easily with other native apps. Moreover, native apps allow the creator to monetize purchases of their app directly on the app store and customize app store searches.

Note: Make sure your app does not violate app store guidelines, test thoroughly for bugs, and complete the necessary fields (title, icon, description, etc.) for your app to have the highest probability of acceptance onto the app store.

Native apps require a longer period to develop. Not only do they have to pass the screening of app stores, but they also are NOT OS-agnostic: native apps are created to conform to a specific operating system, either Apple's iOS or Android. If you want to be on both iOS and Android, you will need to build two native apps. Native apps also require the user to install the app on their device, rather than allowing the user to browse the app quickly on the web.

Progressive web apps represent a newer alternative to native apps but share many similar features. PWAs were originally developed and coined by Google in the 2010's. Users can install the app directly and use it offline, and PWAs are also generally accepted across all mobile operating systems (Android and Windows). The additional feature of being web-based allows PWAs to take advantage of faster speed to launch, search engine optimization, a smaller file size, and a high level of security (specifically, they use an encrypted protocol as they run on HTTPS).

While they are more OS-agnostic, PWAs unfortunately face different levels of acceptance by operating systems. Because Google developed PWAs, they’re relatively easy to push to the Android app store. Meanwhile, Apple limits the ability of PWAs to access native features and only allows native apps (not PWAs) to be published on the Apple app store.

Ways to Wrap your Bubble App to Mobile

Once you have followed the earlier steps to "Prepare your Bubble App for a Mobile Experience," you are now ready to use a wrapper to launch your mobile-friendly Bubble app! The wrapper primarily conforms your app to the technical standards for a mobile app, rather than dramatically alter its visual appearance for mobile (which is why you still need to design for mobile).

While there are a few different platforms to choose from, we found the following wrapper platforms to be the most friendly for no-code users.

Note: This is NOT a paid or sponsored post, and Bubble does not maintain any of these third-party platforms. We don't monitor updates for these platforms or whether they go out of date.

Price: One-time fee of $349 for a native app compatible with both iOS and Android, $199 for one app on either iOS or Android, $39 rebuild fee. Plugins are priced at $16 for a one-time purchase or $4 per month.

Summary: Nativator wraps a wider range of apps (not just Bubble apps) into a native app for iOS and/or Android. Features included with your native app are: white-labeled splash and webview, camera and file upload ability, geolocation, push notifications, audio/video/microphone access, and offline native alerts. To preview the app before purchase, users enter a few details about the app (name, icon, description, URL) and customize features relevant to the mobile operating system. The setup process is a bit more complex as wrapping to an iOS app requires an app store developer account to proceed.

Summary: GoNative is another option for transforming your Bubble app into a native app. In addition, GoNative guarantees that your app will be accepted onto both app stores. It supports multiple websites (not just Bubble apps) and provides an easy preview, source code download, native UI (a splash image, navigation menu, Dark mode), and availability of native plugins (push notifications, biometric authentication, and more). GoNative also offers professional services to configure your app for mobile or add your app to the app store. To preview, users can add in their app URL, an app name, and their email to receive URLs to samples of their native app.

Price: One-time fee of $790 for a single application license, which includes versions for both Android and iOS, access to the source code, and a one-time license fee (for unlimited rebuilds). Additional native plugins can be purchased from $200 to $5500, depending on the plugin, and professional services range from $650 to $4000.

Price: One-time fee of $299 for a native app compatible with both iOS and Android, $175 for one app on either iOS or Android, $25 rebuild fee. Their native app plugin is priced at $15 for a one-time purchase.

Summary: Zeroqode also provides a wrapper to convert your Bubble app to a native mobile app with a 100% guarantee your app will be published on the App Store and Google Play. Similar to other platforms, Zeroqode allows you to set the splash screens, Android and iOS icons, etc. for your app, and you can purchase the Air Native plugin to unlock additional native features, such as photo taking, GPS tracking, vibrate, and more. To preview your app on Zeroqode’s website, select “Allow all iframes” for your app in Settings > General > “Allow to render the app in a frame/iframe.”

Price: One-time fee of $299 for both Android and iOS builds for one Bubble app and a separate $499 fee if you want Zeroqode to take care of publishing your app to the App Store and Google Play (preparing the icon, splash screen, app details, etc.). Their native app plugin is priced at $29 for a one-time purchase or $10/month.

Summary: Unlike the other options, Progressier allows users to convert their Bubble apps to a progressive web app, rather than a native app. No-code features in Progressier include querying statistics (i.e., installations) of your PWA, an API, push notifications, and iOS compatibility. To preview, users enter their app’s URL, customize a few settings (name, domain, logo), and paste a script provided by Progressier into their Bubble app’s settings.

Price: Scales as you add more apps. The monthly subscription starts at $15 per month for your first app and becomes less expensive (per app subscription) as you increase the number of apps using Progressier.

Bubble as a Backend for Mobile

While Bubble is a full-stack solution, allowing you to build both the frontend and backend entirely on our platform, you can exclusively use our backend functionalities to release a native mobile app.

By enabling your Bubble API in Settings, you can connect another app to the backend of your Bubble app. For instance, you can make calls from another app to create, read, update, and delete entries in your database with the Data API, or you can sign up users, log in users, or trigger more complex actions with our Workflow API. This can be useful if you want to use another tool to build the frontend, but you want the powerful database and workflow features of Bubble to make a richer web application experience.

Overview of Pros and Cons

If you decide to combine Bubble as a backend with a native mobile frontend platform, you’ll be able to take advantage of designing directly on an app that automatically becomes a native mobile app. In addition, you likely won’t have to adjust your app after conversion due to resized elements. This option is more friendly to users who are familiar working with mobile app builders already and want to bring more data or workflow functionality to their app.

However, while Bubble’s powerful backend functionality distinguishes our platform and empowers our users to build complex apps, Bubble is ultimately a full stack solution. Wrapping a fully Bubble-made app can have benefits of running workflows directly on visual elements, managing all your data in one place, customizing responsive design, and more—all in one place.

Summary: One example of of a mobile frontend platform that integrates with your Bubble app is Bravo. This newly released platform uses Figma/Adobe XD for the frontend design of your mobile app and integrates with your Bubble app’s API. To make API calls on Bravo, create a new Data Collection and construct new API requests relevant to your Data and Workflow API’s on Bubble.

As you use Bravo and run into questions, you’ll be able to use their Academy and Tutorials for guidance. More notably, Bravo also has a number of sample apps. You can play with these on your Bravo account to learn how to set up an app on their platform.

Price: Bravo has a free tier, but to connect form data to your API, you will need to be on the Olé plan, which is 19 euros/month. In addition, using the Bubble API requires you to be on a paid Bubble plan.

With all these options, it’s never been easier to adapt your Bubble app into a native app or progressive web app! In fact, there are plenty of Bubble apps that have led the way—Bubble apps with a native mobile presence include Qoins, TravelTrunk, and more. We hope these suggestions offer you a more tangible path towards designing a mobile experience for your Bubble app. 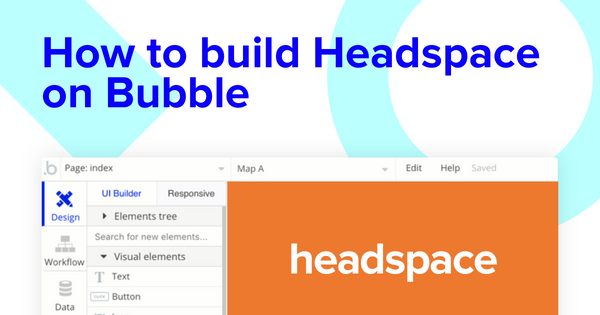 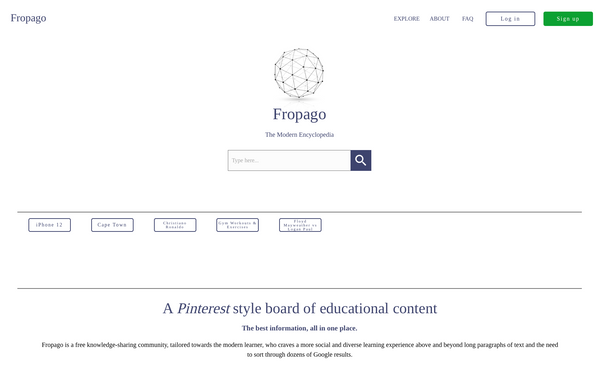 Fropago is an app that allows users to create and share knowledge boards on their topics of interest.