Automated phone systems have been invaluable to businesses and the government for many years now. Most of us have held calls with restaurants, hospitals, and many other types of institutions, wherein all responses are automatically generated on the basis of a series of templates. However, many small businesses can’t access these automated services because of their price and the difficulty that comes with their maintenance.

Enter Goodcall, an AI-powered app created in Bubble by former Bubble user Bob Summers. Goodcall is a 24/7 automated phone system that small businesses can easily implement at a reasonable price. Bob realized that there was a potentially massive market in helping small entrepreneurs communicate with their customers. He made the MVP for Goodcall using Bubble and still credits Bubble for early successes with investors. Today, we take a deep dive into the work Bob did to make Goodcall flourish.

Bob studied computer engineering during his college years, and he has spent most of his life working with software. His desire to build products quickly and efficiently led him to look for alternatives to traditional programming languages. “I didn’t really know much about how no-code worked at the time,” he says, “but when I eventually found out about Bubble, I realized how easy it was to use. It felt somewhat similar to Visual Basic, and felt very powerful as a tool to create web applications, and yet it was also quite extensible through API calls to expand the functionality of your projects.” These features allowed him to quickly create his MVP and show it to potential investors and customers, so much so that Bob claims Bubble had a direct positive impact on the amount of investment that he obtained for the company.

In September 2021, Bob launched Goodcall, an automated phone assistant for small businesses. The software is powered by conversational AI, which is the same type of intelligence used by services such as Amazon’s Alexa or Apple’s Siri. “It is incredibly easy to use. It doesn’t require you to know code for you to deploy it for your own business,” he says. Still, creating Goodcall was not without challenges. Specifically, Bob faced trouble when it came to creating a versatile and responsive UI. Yet Bubble allowed him to create a mobile-friendly user experience. He used the tool’s debugger feature to simulate a variety of UI environments, which in turn allowed his app to successfully operate in a wide array of platforms.

The no-code community that has formed around Bubble also played a role in the creation of Goodcall. Bob recalls several occasions in which forum users would give him helpful, constructive advice on how he was building his app. “The environment is super supportive, and the people there are very passionate about no-code,” he says.

Some of Goodcall’s standout features

Bob used API integrations to unify the AI creation code he implemented with Goodcall’s web application. He used Natural Language Processing (NLP) technology—which allows computers to interact with people using what is oftentimes referred to as “human language”—in combination with Bubble’s workflow management. That way, he had a logical process that would improve the speed and efficiency of the calls going to the phone assistant. “I was surprised by how much I could customize the logic of my app through the workflows feature,” he says. “The workflows are very powerful, and they strongly impacted the way in which I approached the app-creation process.”

Because Goodcall’s services could be useful for small business owners, Bob knew that he had to create a versatile user experience. He achieved that by including the following features:

Goodcall recently gathered $4 million in venture capital funding and has so far served over 10,000 phone calls. Bob says he is currently working on improving how the service is delivered, and he’s expanding both the size of his team and the geographical regions in which the company operates. “We are currently receiving calls that come only from the US, but we are very interested in other places such as Europe and Southeast Asia. We’d also like to have our bots speak other languages, such as Spanish.” It doesn’t look like Bob is slowing down in his support of small businesses, and here at Bubble, we’re thrilled to see what he’s able to do as he takes Goodcall global.

Bubble is a leader in the no-code movement. Bubble offers a powerful point-and-click web editor and cloud hosting platform that allows users to build fully customizable web applications and workflows, ranging from simple prototypes to complex marketplaces, SaaS products, and more. Over 500,000 users are currently building and launching businesses on Bubble – many have gone on to participate in top accelerator programs, such as Y Combinator, and even raise $365M in venture funding. Bubble is more than just a product. We are a strong community of builders and entrepreneurs that are united by the belief that everyone should be able to create technology. 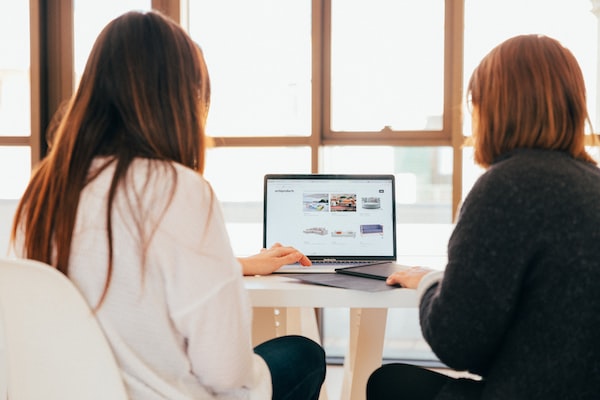 Check out these tried and true tactics to improve lead generation for your SaaS product. 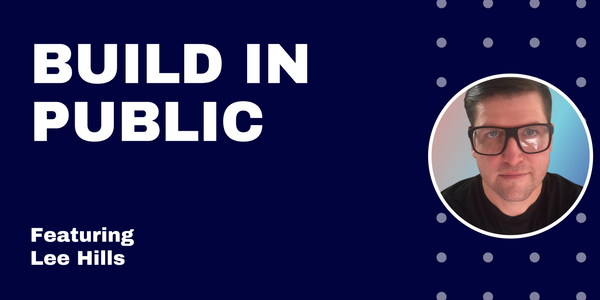 After a decade developing with no-code, Lee Hills has found success with Bubble by Building in Public.