Dev Shopper is the fastest and easiest way to find software developers for one's project. Our platform has a pool of reputable service provider firms from around the world that the users can discuss their projects with and get bids from within 48 hours. The project can take any form: a fixed-scope spec, an agile project, an RFP/RFQ, or just a short note that you need two developers and a designer over the next two months. Also, unlike other such services, Dev Shopper comes at no cost - it's 100% free and there's no commission.

When the user posts a project, the 48-hour countdown timer starts ticking and the project gets shared with all the software development service providers on our platform. They can then ask project-related questions, running a mini-discovery process with the user to get a better idea of what the project entails. It's worth mentioning the user stays anonymous throughout this, and, therefore, shielded from cold outreach. Once the bids start rolling in, the user can choose which dev shops to continue the conversation with via one-on-one chat. The user can then ask for additional references, schedule a call, or even negotiate some more before they pick their favorite shop and iron out the details of the engagement.

I've been in tech for about 15 years now. I'm a generalist, so I've done a lot of different things: bootstrapped and sold a few businesses, helped a Silicon Valley startup scale from seed to Series C by building its team of 26 in Europe, mentored dozens of batch companies at 500 Startups in San Francisco, and co-founded an international network of entrepreneurs now active in five countries. Last spring, I came across Bubble on Indie Hackers. Having seen countless app generators that didn't deliver down the years, I have to admit I was initially highly skeptical of the visual programming claim. I decided to take Bubble for a spin anyway and absolutely fell in love with it.

I primarily see Bubble as an IDE for modern web development - and the best one at that. It's just incredible how productive it makes you. So, in that sense, it was a no-brainer when I started Dev Shopper.

What have been your successes or milestones so far?

After soft launching the beta version of our platform in June and assembling the initial pool of dev shops in July, we partnered with Long-Term Stock Exchange (LTSE) to become one of the first companies in the world which got access to their newly released API. That means that LTSE users can now use their LTSE accounts to sign up for or log into Dev Shopper. LTSE already has an incredible suite of free tools for startups and we are hoping to supplement it by adding a free service which helps founders find developers more easily.

We've just publicly launched today, so our #1 objective right now is to tell as many people as possible Dev Shopper exists and what it can do for them.

Evaluating Palabra as an email automation tool based on features, functionality, pricing, alternatives, and comparisons. 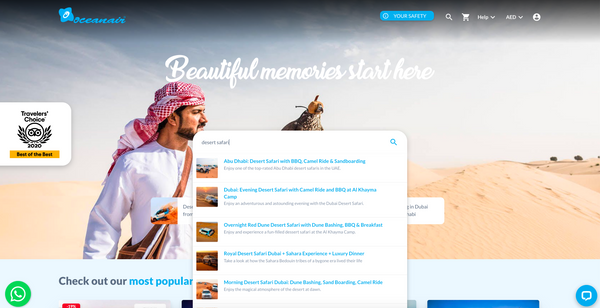