When Maryssa Salomon graduated college, she and her friends took a trip to Las Vegas to celebrate. While the trip may have been fun, what happened in Vegas stayed in her bank account, because none of her friends reimbursed her.

“I had this problem in which I had to constantly reach out to people so that they would pay me back, even though they already knew that they had to,” Maryssa said.

This experience led Maryssa to create TravelTrunk, a platform for group travel that features an automated payment system that would eliminate the need to insist that others pay their part.

But translating her vision into reality was far from easy. Maryssa had no technical background at the time, and she struggled to communicate her ideas with freelance engineers. “I would tell them my ideas and send them drawings of what I wanted them to do, and what they would come back to me with was exactly what I asked for,” Maryssa said. “This sounds good in concept, but it didn’t quite work in reality because I myself was still figuring out my own vision. I spent years jumping from freelancer to freelancer, both onshore and overseas.”

Eventually, Maryssa realized she would need to take her app into her own hands. This is the story of her journey from that fateful Vegas trip to becoming one of our most notable no-code entrepreneurs, after she won Best Pitch and Fan Favorite at the Demo Day of Bubble's first Immerse program.

Immerse is a free pre-accelerator for BIPOC founders to turn business ideas into minimum viable products. Join our next cohort – applications are open for September 2021.

Maryssa first heard of Bubble’s no-code tools while she was working on a group project at a management course. Within minutes, one of her group members built a feature that was intended to assist them in the class' activity, and that was the moment she became fully convinced of the potential behind no-code.

"After that, I literally locked myself in my room for three months and started working on Travel Trunk on my own," she said. "Soon after, I got my first functional MVP, and I even got to test it with several users." The ability to work on her own also helped make the process of tinkering with the app much more efficient, since Maryssa no longer needed to contact one of her freelancers to make modifications for her.

Maryssa later applied to join Bubble’s new Immerse program, a 10-week pre-accelerator for Black entrepreneurs. In this program, she was able to hone her prototype and build her pitch to investors and judges at the program’s capstone Demo Day.

Since Maryssa graduated from Immerse, Travel Trunk has seen many drastic changes in terms of UI/UX design. The app now predominantly focuses on the financial technology aspect of its service rather than the traveling aspect, devoting more time to making sure that users have a certain amount of money before their group trip. Maryssa also added push notifications, and says the app now has a “more native feel” to it, referring to the fact that TravelTrunk exists on both Android and iOS mobile app stores. More importantly, the app has grown and expanded considerably since Maryssa’s time in Immerse.

The mission of Bubble is to make software creation more accessible to everyone, by making it easier to build apps without needing to learn how to code. But not everyone has the opportunity to even discover a tool like Bubble, due to systemic inequalities in access to education, time, and capital. According to Maryssa, no-code “has the potential to help not only people who can’t code, but also people who may find themselves at a societal disadvantage.”

“Where I grew up there weren’t all that many developers, and so I felt that I wasn’t enjoying the same opportunities as someone who grew up in, for example, Silicon Valley,” she explained. “However, by letting me be more hands-on with the app, Bubble allowed me to take control of the situation: it allowed me to tell myself ‘I can build this.’ It gave me the confidence to go back to Silicon Valley with my head up.”

Her advice to Black entrepreneurs in the current business landscape is to “find a real problem that you are passionate about and find a way to solve it no matter what other people tell you. If you remain passionate about your goals, you’ll find it much easier to overcome any obstacle that you face.”

The future of Travel Trunk

Due to the COVID-19 pandemic, the tourism industry has seen incredibly large losses since the beginning of 2020. In spite of that, TravelTrunk currently finds itself in a strong position. “Even though the industry is not booming as much as it used to, there are many travel providers who are more than willing to start selling their services once again,” said Maryssa. “Furthermore, many people are themselves willing to travel, in large part because social distancing made it nearly impossible for most of us to go on any kind of trip, which means that there’s an urge for people to visit new places—so much so, that we closed the year with 127,000 dollars in sales. Demand is also rising significantly, to the point that we get inquiries from customers nearly constantly.”

In the future, Maryssa plans to make sure that her platform can easily scale over time. As of today, more and more people are not just joining, but even sharing the app with their friends and family, expanding its user base and helping land Maryssa in a feature on Forbes. Maryssa’s story goes to show the great potential that no-code tools such as Bubble have when it comes to empowering people of all kinds of backgrounds. She has now built her own success, without the need for freelance engineers. 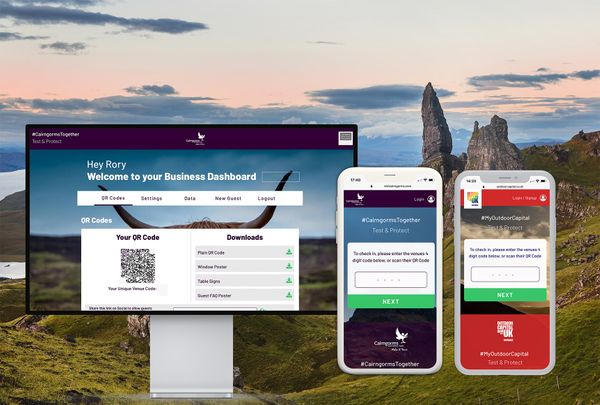 The CS Protect app helps fight Covid by allowing users to check-in at businesses across Scotland. 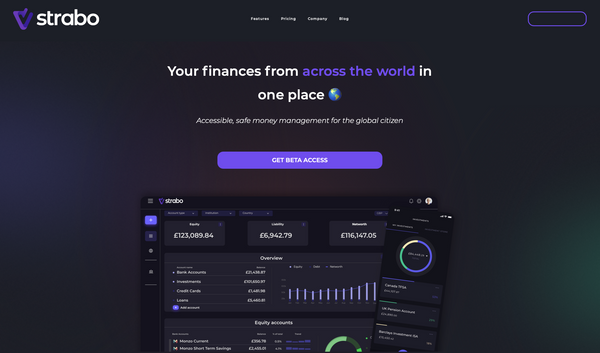 Strabo is an app that helps users track and view their financial portfolios.