Could you share the story behind how you started your app/business?

I’ve always had an affinity for food, culture and local business. I’m a first-generation West Indian-American, so my standard for Caribbean food is higher than most. If you’re a fan of a specific dish, cuisine or a have a specific dietary preference, you know how challenging it can be to find that dish that you’re craving, especially when you want something that reminds you of home, or you’re out of town or you want to try something new. App DuJour was conceived out of one of those “thinking out loud” moments where I said, “I wish somebody would create an app that consolidated local dishes by your location and food preferences.”

After researching the space, I found there wasn’t an efficient and cost-effective way for small businesses to connect with new and existing customers. When a restaurant or deli creates a social media post for a dish they want to highlight, they tend to share it on the mediums we typically follow for reasons other than finding good food, in a sea of constantly refreshing timelines. That’s not to say the current most popular platforms don’t work at all or that many businesses haven’t yielded customers from their use, but more so to assert that App DuJour provides a service that more precisely and easily meets the needs of both local businesses and customers.

While I knew exactly how I wanted App DuJour to look and feel with wireframes and all, I didn’t have specific knowledge on how to build an app. And when I realized fundraising would be next to impossible without something to demo, I had to figure out a way to build App DuJour without funding. By that time, I had assembled a team of web developers who wanted to expand into mobile but learning native or hybrid would have unreasonably extended our timeline for an MVP. Then I saw Tara Reed at the Black & Brown Founders conference. She did a workshop presentation on how to build apps without code. Using a demo, she showed how you could create a functional and sleek-looking app with a few no-code tools, which included Bubble. Initially, I was a bit skeptical about building a fully functional app without code, especially with the functionality and integrations that I had in mind, but at that point, she convinced me it was worth trying. Here, I must also give huge credit to Arlan Hamilton. The only reason why I even saw Tara’s presentation was because I read Arlan’s story in an article a couple months before. I was so inspired by her journey and started following her on Twitter. She tweeted that they were going to stream the conference earlier in the week and graciously posted the link when I messaged her that morning. So, while I wasn’t able to physically attend, I gained an abundance of information and insight from each of the presenters that day from my little desk outside of Raleigh, that was pivotal to moving App DuJour forward. It’s really my personal testimony of how and why access to conversations and information is critical to underestimated and non-tech founders.

Shortly, after the conference I signed up on Bubble, went through the tutorials and found it user-friendly and intuitive. Our team of developers found it promising, since Bubble’s infrastructure is built on foundational concepts which they were familiar with, but with an interface that allowed me as a non-coder to help build alongside them and communicate my vision. We jumped right in and using the forum as an additional resource, it took us 7 months to build our first iteration of App DuJour.

What advice do you have for new founders based on your challenges getting this app off the ground?

While I’m certainly no expert, as we’re still in the midst of figuring it out, there are somethings that I can share given my journey so far. If you’re solving or improving on an idea for somebody else meaning you’re not inherently part of a group, in our case, local restaurants since our core team is comprised of foodies, you have to become intimate with the problem. That looks like testing your assumptions, asking what seems like obvious questions and doing more observing and listening than talking. App DuJour is a 2-sided marketplace and we are serving 2 kinds of people — businesses and customers — who have mutual interests but different needs. Being explicit about what motivates and pains each user is the starting point.

From the customer perspective, if I’m going to Charlotte or DC and want to try out local fare instead of a national chain or franchise, I want to see a personalized view that at a basic level takes into account specialty foods, allergies and then gives me choices for atmosphere, service and attire. During our listening sessions, we found that being able to identify family friendly establishments was really important to our users with young children. That’s a feature we didn’t initially include in our first iteration, but ended up prioritizing to add to the business profile. None of our team members had kids at the time, so that’s not a consideration or feature any of us thought to include. However, if you have a fussy toddler or infant, you can understand feeling like you have limited options if you want to avoid the side-eye of other patrons or the host when a place is not catered to accommodating young children. Our challenge is to cut through the noise and get people to take the time to try our product over other competitors and then scale it to a point where we are the default option in the market.

From the business perspective, especially since we are monetizing on that side, we want to understand the needs of chefs, restauranteurs and food truck owners. During our research, many consistently expressed that traditional tools were time consuming and disruptive to their daily operations. For instance, an owner has to interrupt preparing for lunch service to remember to make a post on his social media at 11:00, trying to catch the lunch crowd. Finding a way to communicate how App DuJour addresses this and related pain points to make their lives easier while giving them a greater return on their effort is the secret sauce we’re trying to perfect. Solutions to problems are useless if you can’t gain buy-in. As builders and engineers, if you have a strictly ‘solve for x’ mindset as I like to call it and don’t place a premium on understanding and factoring the human variable in your journey for success, you will find yourself perpetually frustrated.

Changing behavior is one of the hardest things to do, even when you can show a new way to be more beneficial and easier. Engineering that to scale is even more challenging. There will be some people who get it and some that don’t. That goes for customers/users, as well as people who bill themselves as advisors or industry/tech experts. Some people are resistant to change or new things and that’s natural and ok. Right now, our mission is to find the user audience that welcomes and is seeking a better alternative than what they’re currently using.

You mentioned mentors as being critical to your success in winning over new businesses to your platform. Could you give us an insider’s view into the startup scene in Raleigh and Durham and what kind of support is available to local entrepreneurs?

Raleigh/Durham/Chapel Hill are part of the Research Triangle Park which is home to universities including Duke, NC State, UNC, and NC Central, which have leaned into promoting and cultivating a vibrant startup community, as well as R&D hubs for Pharma and satellite Tech offices. We have American Underground and HQ Raleigh which focuses on incubating southern startups and continue to gain notoriety on the national startup scene. There’s also the Morrisville HOTTovation program which invites early-stage companies/founders for mentorship and coaching. And every fall, the Black Wall Street Homecoming Conference, catered to African American founders, takes place and brings lineup of relevant content and minority tech heavyweights. Basically, if you’re looking for it, the community is definitely here and they want you to succeed.

Personally speaking, I count a former colleague from my pre-tech days as my sales advisor who thinks very differently than me and helps me see the full picture (that human variable I mentioned earlier). I also count my amazing and dedicated technical team as peer-mentors. They have brought a ton of expertise to this journey and are forward-looking to App DuJour’s potential.

Looking to the future, what are some interesting trends you notice in your industry?

There is a strong seasonal and local agricultural food trend that correlates to rising food and operational costs. In the same vein, many businesses are also shrinking their menus from say 20–30 items to 10–15 staple items with a few that rotate depending on ingredient availability. Mission-based establishments that dedicate themselves to a charitable or social cause are growing in popularity. And of course you have the celebrity chef culture, where the person who created the menu is the draw and chefs use the plate as a canvas to showcase creative dishes or classic takes.

For businesses, there is a heightened concern and focus on the integrity and security of content on an image-driven medium. There is a real need for automated solutions to remove inappropriate or irrelevant content from social feeds without inhibiting the user experience. Customers desire healthier options, but they also want more assurances and standardization of ingredient and dish labels such as, “organic”, “local” and “hormone free” used in advertising. Marketplace platforms like ours are watching these discussions closely and aim to lead the industry with positive changes with respect to these issues. 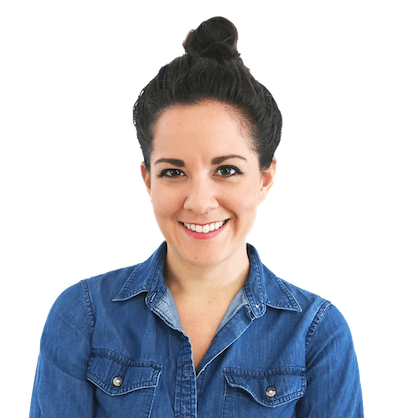 Gaby Roman is the founder of Coaching No Code Apps [https://coachingnocodeapps.com/], a place for founders, startups, and business owners to learn and build fully functioning apps and software 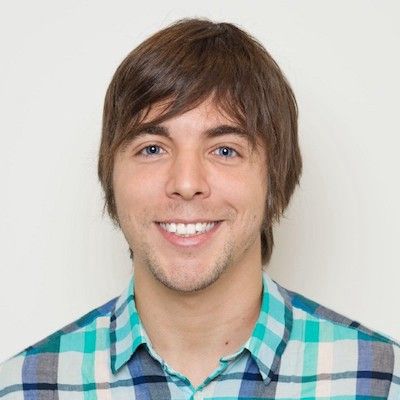 Eugenio is the Cofounder at Cryptomatic, a startup with a mission to make digital currency trading stress-free.