Eugenio is a Growth Hacker at Studyportals which helps students find educational opportunities worldwide with a focus on Masters programs at European universities. He is also a Cofounder at Cryptomatic, a startup with a mission to make digital currency trading stress-free. His background is in Telecommunications Engineering and he also has a rock band on the side.

Could you give our users a better idea of your app/business and what your day to day looks like?

In my job at Studyportals, we try to make applying to educational institutions fair and transparent for students. Currently, the educational sector in Europe has a system where Agents have partnerships with multiple universities to help them recruit students. Under this system, Agents often refer students to the most expensive universities because that’s how they get paid rather than taking into account what would be the best fit for a student. Studyportals Apply which grew out of the multiple projects incubated in our Labs, serves students automated matches and suggestions for programs and then gives them access to an in-house specialised education counselor for 1:1 advice and just a friendly human to talk this through.

I also started Cryptomatic, a startup that makes digital currency trading stress-free using AI. There is a lot of bullshit around trading cryptos as a result of blockchain being a really complex new technology that not too many people understand. So, my cofounder Alessio and I built a bot that reduces the complexity of trading cryptos and sends users a regular update on how much money they made through a Telegram chatbot. Users have a choice of accessing the web app backend to refine their trading preferences or stick with the bot which requires no buy/sell decision.

What services did you use before Bubble and what gaps did you see there? At what point while using Bubble did you find that it is the right platform for your app/business?

Studyportals is built with different technologies such as PHP, HTML, CSS, JS and Node.js. We found Bubble at the exact moment we had to build something huge and scalable. I had previously built an Airbnb-type marketplace on Bubble and used the forum too. Studyportals follows agile methodology with teams containing backend engineers, frontend engineers, UX designers, product owners and scrum masters. Everytime a team has to develop a new feature, they have to follow some strict -and sometimes long- procedures to put it online in a proper way without affecting the rest of our systems… you know the deal. In Labs, we can quickly build something from scratch using Bubble and make it fully live. We validate our hypothesis and the product­-market fit and then we can go to the scrum teams saying “this works, so you can expand on it”, which is really helpful. We are increasingly using Bubble for production and building a whole business model on top of it. Instead of 3 months, it now takes 2–3 weeks to build something with A/B testing already built-in. There are also fewer occasions for panic as we can restore databases to a previous point and keep dev and live versions separate and deploy select changes.

In Cryptomatic, our users interact with a Telegram bot that says “Congrats! You made <x> money”. The bot is connected to multiple services including a web socket to check prices for fluctuations and a Python/Heroku/Node.js based decision-making algo and a web-app built on Bubble. Bubble’s API connector plugin facilitates the communication between these services and microsites while its database is great for storing, updating and accessing prices.

As you look to the future, what are you excited about for your business and how can Bubble help you along this journey?

Studyportals is in an industry with no clear leader and we want to become that market leader while keeping students at the center of everything we do. We would like Bubble to integrate better with Github and allow developers to work on different branches which they can then merge and deploy. We would also like more features for power-users like our team while balancing the needs of average users.

For Cryptomatic, in the coming weeks, we would like to factor in sentiment analysis around major events in the news to construct a model that predicts prices in the very short-term future and based on the security threshold, buys in crypto or goes back to fiat. The leitmotif is to help our users get richer over time. The ability to write server-side JavaScript actions, which is in beta right now, will be glorious for custom logic and algorithms in API workflows that currently need some fine-tuning due to async Node.js.

In the longer-term, I would like to apply blockchain to education by making each institution certify students so that fake documents can easily be identified, for example. I spend on average 8 hours per day in Bubble and have a good background in programming. Someone who is not into programming can easily pick up JS or any other language after using Bubble. 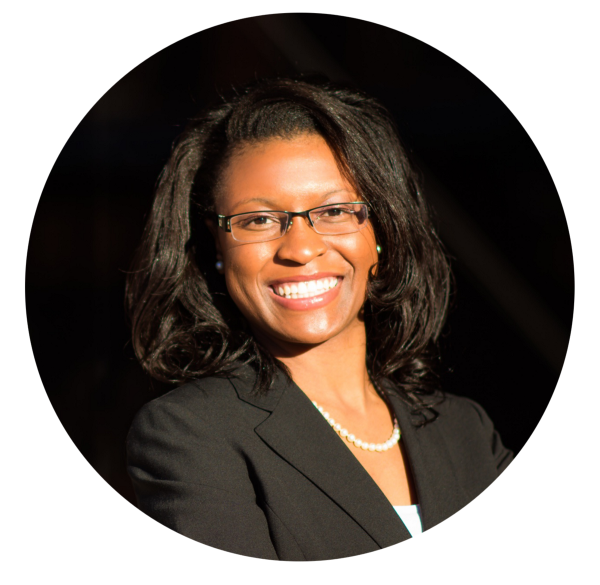 Sharifa is the Founder/CEO of App DuJour which helps local restaurants and food trucks connect with local, hungry foodies craving the dishes on their menu.

In this series of posts, our engineering team talks about the inner workings of Bubble, the cloud-based visual programming language that’s making programming accessible to everyone. If you’re interested in joining the no-code revolution, see our list of open positions. One of