Growing up, Zach Laberge remembers what led him to become a young entrepreneur: he was fascinated by the idea of the “sharing economy” that spawned companies such as Airbnb and Uber, and he believed in reducing your carbon footprint. At twelve years old, he started his first e-commerce startup. At fourteen, Zach created a pet food business selling dog treats. And in 2020, at the age of only fifteen years old, Zach discovered Bubble when looking for a platform that would let him quickly build out his next idea for an online equipment rental marketplace, without needing to code.

Zach’s startup Frenter, built on Bubble’s no-code web app platform, recently became the first instance in Bubble’s history of a Bubble app acquiring other Bubble applications: on August 22, Frenter acquired Rentbridge and Reesale from Alex Pezzutto, both of which Alex had also built on Bubble.

This is the story of how a community connection turned into an unusual acquisition between two no-code founders, and how Zach’s entrepreneurial aspirations are leading him and Frenter toward exciting future prospects.

A shared love of the sharing economy

Based in Halifax, Nova Scotia, Zach decided to build Frenter, a localized marketplace that allows people to rent out their personal tools and any equipment to others – like “Airbnb for stuff.” Zach enjoyed the sustainable practice of not purchasing new things while also participating in a sharing economy. In Frenter’s case, it makes sense to offer a marketplace for tools that some people rarely use, but others may need and can’t invest in: items like lawn mowers, sewing machines, home improvement tools, and more.

“I didn’t really even do any market research into existing competition at the time,” Zach said, as he was simply too excited by the idea of building it himself. “I think that actually helped me get things off the ground.”

Zach discovered Bubble’s no-code web app building platform and followed Bubble’s How To Build tutorials and YouTube videos to create the Frenter marketplace within a matter of weeks. Zach launched Frenter in early 2020 for his community and began to see traction.

Then, he met Alberta-based Alex Pezzutto, who built the app Rentbridge that also offered a marketplace for renting equipment, taking a ten percent cut of all transactions.

Alex had been working on the idea of Rentbridge since 2017; originally, Rentbridge was a Wordpress site that employed a developer, but the company went through several technological leadership changes in Alex’s time. They had just gotten into an accelerator after two engineers quit, and they needed a different solution – fast.

Alex recalled he found Bubble after hearing about the no-code platform on a podcast, and it “blew away [his] expectations.”

“We got twice as far in two months as three developers had gotten us in those months,” Alex said. “The biggest advantage of Bubble was being able to understand and solve the communication gap between CEO and developers. As a non-technical founder, being able to communicate with my technical team was crucial.” According to Alex, Bubble’s visual programming editor helped him bridge conceptual gaps when talking with his technical product team.

The speed-to-market of Bubble also inspired Alex to launch a development agency called Stayshure to help others launch their startups fast with no-code.

Meanwhile, Zach was putting the finishing touches on Frenter when he solicited the no-code community for a Bubble expert to help. Alex, representing Stayshure, reached out in December 2019. At the time, Zach had raised $80,000 of funds, and he had heard of Rentbridge, but didn’t realize it was also built on Bubble.

It wasn’t until Alex ended up coincidentally moving to Halifax in July of 2021 that they began chatting again, and realized the potential between their no-code companies. Alex said he and Zach shared values around environmental sustainability and had the same inkling about the opportunity in microtransactions on small tools.

So, how easy is it for a no-code Bubble app to acquire another? The answer: turns out, pretty easy!

“Since we were both built on Bubble, we could easily copy all the workflows and logic over, and adjust the data types and merge the databases,” Zach explained. With the acquisition now complete, Rentbridge users are now being migrated to Frenter, and the Rentbridge app redirects to Zach’s app.

Frenter’s market is primarily on Canada’s east coast, while Rentbridge was active mostly in Alberta. The merger was a no-brainer, allowing the team to serve seven cities across Canada.

“When we found Rentbridge, we thought that it would be very strategic to not only acquire those users and items, but [also] bring on and learn from a team that has expanded in that market,” Zach told Entrevestor, as Zach’s team of two is working to manage the transition of Rentbridge’s ten employees.

What’s next for Frenter and its young founder

To help him expand his app’s capabilities, Zach also recently acquired another no-code creation of Alex’s, the app Reesale, which allows for automated and bulk listing of items on various online marketplaces. He plans to continue generating enough growth to raise funds and expand in different cities.

Zach’s story demonstrates some of the most important ways no-code tools like Bubble are changing the game around entrepreneurship. With no need to pay for engineers or spend hundreds of hours coding, fifteen-year-old Zach was able to jump headfirst into building a fully-fledged web app with Bubble.

His excitement and enthusiasm for his idea, combined with the speed of going to market and iterating after launch that Bubble allows for, may indeed be the secret ingredients in his success. Instead of languishing over how best to differentiate his app or funneling months into development, he (to borrow a phrase from another famous brand) just did it. And we are thoroughly excited to see where that “just build it” attitude will take Zach and Frenter in the future. 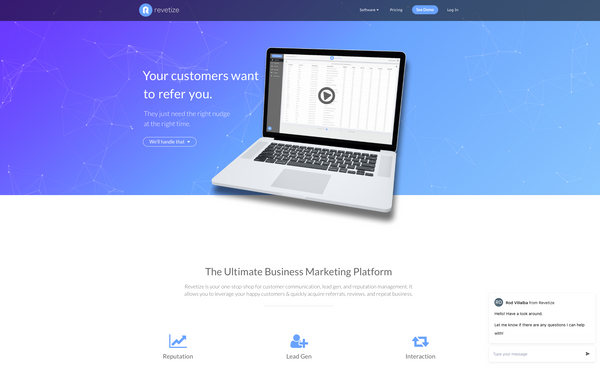 Revetize is a customer marketing and CRM app that allows businesses to run reviews, referrals, and loyalty campaigns. 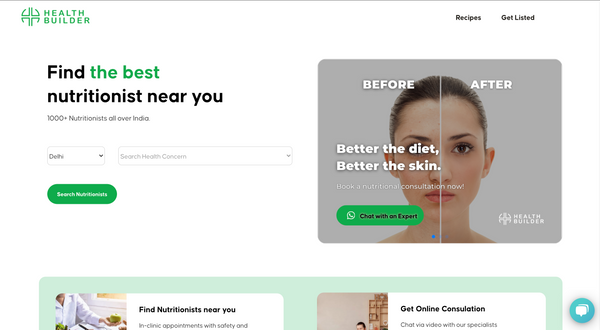 Health Builder is an app that allows users to search and compare diet plans based on their goals, budget, and lifestyle.