Titus Capilnean has been building digital products for his entire career. He’s led teams large and small, worked at startups and public corporations, and contributed on both the build side as well as in communications. With his co-executive Josh Levine, Titus created Private Market Labs, an impressive Bubble-built SaaS marketplace for small businesses to acquire or sell emerging technology. We chatted with Titus to understand how Private Market Labs was conceived, and why he chooses to build with Bubble.

What were you doing before you discovered no-code tools?

I’m a seasoned marketer and technologist with experience in fin-tech, artificial intelligence, identity, blockchain, and AI training data. I have held leadership positions at the intersection of marketing and product in several startups that have raised seed and Series A rounds, as well as at publicly traded companies.

I’m passionate about improving people’s lives with responsible use of technology, having coordinated two AI books, several papers with the World Economic Forum, and a decentralized identity paper. My work has been featured in the New York Times, Fortune, VentureBeat, TechCrunch, Forbes, CoinDesk and Adweek.

I hold a certificate of machine learning from Andrew Ng’s course and an executive MBA from Hult International Business School. Outside of work, I enjoy traveling and snowboarding, as well as giving back through mentorship programs. I lived and worked in Bucharest, London, and San Francisco before moving to Austin in 2021. I’m now a full-time digital nomad traveling through South America for the next year or so.

How did you meet your co-founder?

My co-founder Josh comes from a public policy and entrepreneurship background, which speaks to the way he focuses on using technology to help people by solving structural problems of access and equality.

We matched on Lunchclub in the middle of the pandemic, in autumn of 2020, and we found we had a lot in common, given our backgrounds and the fact that we were searching to acquire businesses. I was on my way out of San Francisco and into Austin, and he was already there. When I eventually made the move, we started going on hikes together to talk about the SMB M&A space and a bunch of other life/values topics and found many more common points.

He became my co-founder and CEO of Private Market Labs, and this passion comes out in our push to democratize access to business ownership by increasing transparency in the small business M&A market. He also created Admit Academy, a company designed to support the college admissions process. Prior to pursuing entrepreneurship, he worked in finance, serving as a fixed-income research analyst at Lord Abbett, as well as a lead municipal credit analyst at Moody’s.

He is also active in the Austin public policy community as past president of the LBJ School of Public Affairs Alumni Board, and as a member of the LBJ School Advisory Council. This is Josh’s second stint in Austin, and he’s also spent time in Dallas, Nashville, and New York before moving back to Texas in 2019.

We both were actively searching to acquire small businesses in 2020 before we met, as an alternative to the corporate career tracks we had been both on.

What inspired you to begin working together?

Besides the walk-and-talk meetings during the pandemic, we kept going back and forth over email in long threads about the inefficiencies of this market. We found that under a $10M valuation, the small business marketplace is fragmented, opaque, and filled with gatekeepers that hinder diversity. Seeing this and recognizing the opportunity to change the space for the better brought us together and keeps us moving forward.

We envision a world where entrepreneurs of all backgrounds leverage our marketplace to find pathways to generate life-changing wealth through business ownership.

What led you two to look for no-code tools?

Neither of us are coders. While I had built WordPress and Webflow websites in the past, Josh had only worked with Squarespace and similar tools. He also started Private Market Labs on his own, and I only joined him Summer of 2021, so he needed a solution to create the first iteration of our platform – the Broker Directory – in a way that he could update and manage. This had to be done with a limited budget, since he hadn’t raised any outside money at that point.

No-code tools were still a niche thing back in late 2020/early 2021, but I had invested in another low-code tool, and we ended up choosing Bubble for the initial build since it didn’t require any coding knowledge. There were a number of people already building in Bubble, so we saw the opportunity to jumpstart our development with a seasoned agency and/or builder and cut our learning curve. He was able to build v1 with outside help as I was ramping up my Bubble skills.

What resources did you tap to perfect your Bubble skills?

For me, it was pretty natural to learn Bubble, especially after the new Responsive engine was launched. I had previous experience with wireframing, CSS, HTML, some JS, web project management, since I had managed the build for dozens of websites and apps in the past, as a marketer.

When we did hit any roadblocks, we used the forum pretty regularly, and there are a ton of Youtubers to learn specifics from. For me, the biggest help was the documentation, since I hit specific issues and I had good places to go and find solutions for what I was trying to build.

Shoutout to my friend Damiano, who jammed with me on several occasions – screen sharing and working through issues on our Bubble builds together. That definitely helped a lot.

The tutorials on Bubble and the bootcamps helped too!

What were the benefits you saw after consistently building in public, and what advice would you give to a prospective Bubbler or someone wanting to Build in Public?

It kept us accountable—having to share progress each week made us more focused on shipping more features/updates, and that way, we gained significant momentum. We’re trying to keep to the same schedule even now, so we maintain that momentum.

For those who want to build in public, don’t share just the good days; share some of the bad ones, too. It’s OK to not be able to hit all the goals in one go, and the community will appreciate your vulnerability and may even offer solutions to your roadblocks.

Be sure to check out Private Market Labs, the Bubble brainchild of Titus and Josh. 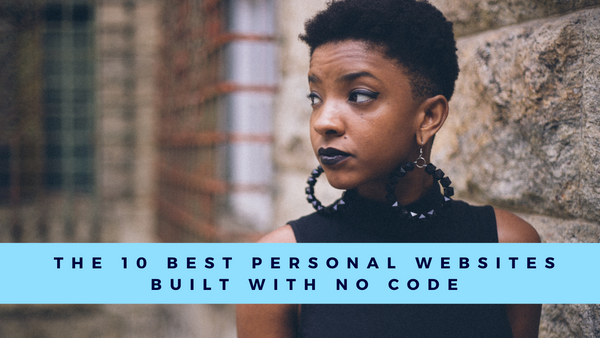 Here are the top 10 personal website examples to spark your creative instincts and help you design your site like a professional. 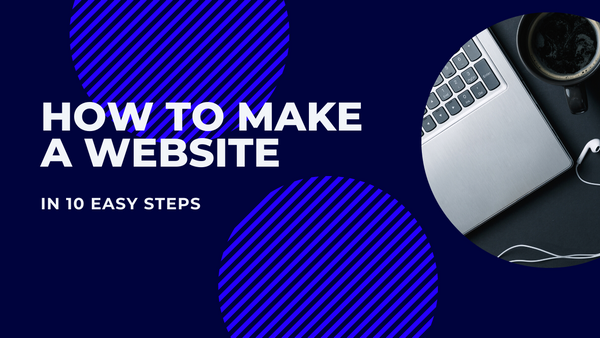 Learn how to make a website in 10 easy-to-follow steps.