We asked CrowdStock co-founders, John Bura and Jordan Smith, about building a kickstarter and crowdfunding fulfillment service app. John Bura runs the eLearning company, Mammoth Interactive, and is the tech lead of CrowdStock.  Jordan Smith is a long-time veteran of the Crowdfunding world who has helped raise over 300,000,000 dollars through Funded Today. They chose Bubble because they enjoyed the no-code platform's simple-to-use features and how the front end, back end, and payment are all in one place.

CrowdStock is a kickstarter and crowdfunding fulfillment service. When people pledge for a kickstarter campaign, they need extra information to help their backers get their products. Kickstarter mostly just collects the funds, CrowdStock helps manage the shipping data and other items to make it easier for the backers. CrowdStock also has an upsell feature to help creators make even more money after their campaign ends.

The App has three dashboards which was the hardest part of building the app. It has an admin, creator, and backer dashboard. Each one is designed for simplicity to make the tasks easy. The key thing about CrowdStock is that it's supposed to be easy for the user. We purposely made the app as simple as possible. We designed it for effectiveness and not just to add superfluous bells and whistles. The backer experience is minimalist and efficient. Backers can access everything they need in a sleek checkout process.

The tech lead of CrowdStock is long-time veteran John Bura who runs the eLearning company Mammoth Interactive. Mammoth Interactive has sold over 1 million courses worldwide. Mammoth Interactive specializes in teaching coding in many different areas. John is very much a fan of noncoding engines such as Construct 3 and blueprints in the Unreal Engine. "One thing you have to keep in mind when you're building an app is yourtechnical debt" says John. "It's very easy to build an app and lose weeks or months to silly problems. The SaaS ecosystem is very disorganized and I have been waiting for an app like Bubble to come along. Once I found out about it I put all of my other projects on hold and built CrowdStcock. I see myself building more SaaS products with Bubble, because it's just so awesome".

The other founder is Jordan Smith a long-time veteran of the Crowdfunding world. He has helped raise over 300,000,000 dollars through Funded today. In fact, it was through Funded Today where Jordan and John met. "There has always been a mutual respect between Mammoth Interactive and Funded Today" says John. "Once we found out that the competition in the crowdfunding fulfillment sector was being monopolized, we had to act".

Since John Bura has made many games and apps for the app store and has been coding since 1997, apps like Bubble really take down the time it takes to build yourapp. "Your customers don't care about the technical details. They just want yourapp to work" says John Bura. Bubble is really quite amazing how the front end, back end, and payment are all in one place.

Just launching a new product is a huge milestone. CrowdStock will be launching its own Kickstarter fairly soon.

We want to be the easiest way to make your post-campaign a success. We also plan to add a digital marketplace to help drive creators, even more, sales and funding. 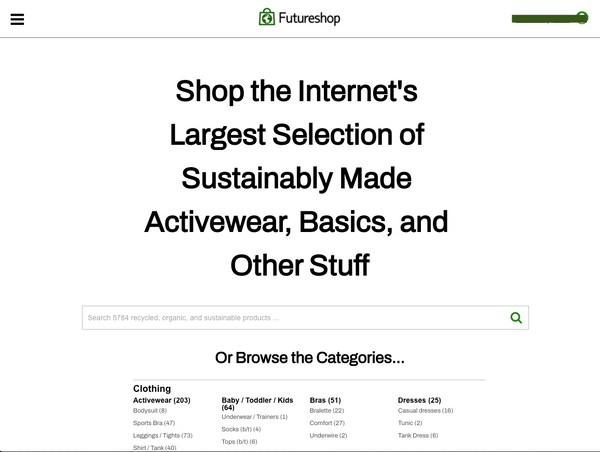 Futureshop transforms how users shop online, by making it easier to find products made with sustainable materials.

The technical co-founder of Main Street grew his business in a time of crisis with a lean team and no-code tools.