We interviewed Tiger Facts co-founders, T. S. Strickland and Brooke Fleming, on building an app that helps people troll their friends with ridiculous facts about tigers. After watching “Tiger King” on Netflix, Brooke pulled an April Fool’s Day prank on T. S., which inspired them to create the app. They built Tiger Facts on Bubble because the no-code platform allowed them “to spin up a fun, timely app in just a week.”

What is Tiger Facts?

T. S. Strickland and Brooke Fleming: Tiger Facts lets users text-troll their friends with inane facts about tigers. Users can select which facts they want to send and decide when and how often to send them. After sending tiger facts, users can view their friends’ replies anonymously in the web app.

Users input the names and phone numbers of the friends that they wish to troll, pick the timing and frequency of the texts, and then choose the “facts” that they want to send. Messages are sent automatically from our toll-free number, which allows users to watch the conversations play out in real-time via our web app. Each user receives 5 free messages, but they can send more by purchasing credits.

T.S.: A journalist by training, I have written for the Washington Post, Entrepreneur, and a host of other titles. Brooke was the creative brains behind this project, contributing the copy (and, of course, the inspiration), while I built the application. Besides building Tiger Facts together, we’re partners in life and share a home. I discovered Bubble about six months ago. Since then, I’ve been using it to build the MVP (minimum viable product) for my main venture and talking about Bubble constantly, which has been a source of annoyance for Brooke.

Brooke: I own a boutique communications consultancy.

I’m the more ridiculous half of the couple. I often get too amused with my own jokes and can’t keep from laughing at myself (think dad jokes). Back in March, I had spent days wracking my brain to find an April Fools prank that would actually surprise T.S. After a lot of hand-wringing, I decided to revive an old text prank from Reddit–Cat Facts–but give it a timely spin. We had just finished binge-watching “Tiger King,” along with the rest of the world, so tigers seemed like an obvious fit.

I nabbed a Google voice number and spent about two days trolling T.S. with facts about tigers before finally letting him in on the joke. It worked so well that we decided to turn it into an app, so others could text-troll their loved ones, too. T.S. had been using Bubble to build the MVP for his own company--and fanboying about it, constantly. Thanks to Bubble, we were able to spin up a fully functional web app in under two weeks.

That said, now that I’ve seen Bubble’s capabilities firsthand, I’m not so annoyed that T.S. has been talking about it constantly. I’m a believer!

Tiger Facts was inspired by the popularity of Netflix’s “Tiger King.” Tiger Facts is a pretty ridiculous product, so it would have been impossible to justify without no-code tools. Bubble allowed us to spin up a fun, timely app in just over a week.

What has been your traction and successes so far?

We had some early bugs to work out, mostly because we were rushing to launch and making some silly logic errors along the way. However, with very little invested, we already have several dozen users and are revenue positive.

Celebrity endorsements from Nicholas Cage and Tony the Tiger. (Duh!) 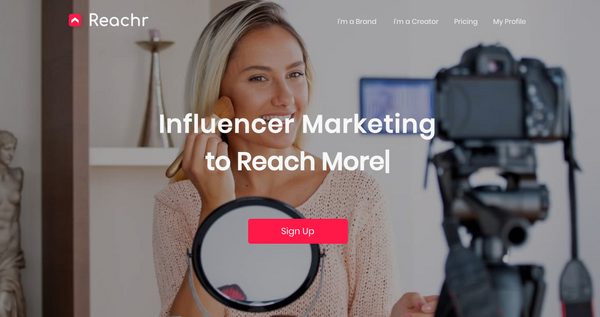 Reachr connects brands and influencers by providing both parties with a collaborative workspace. 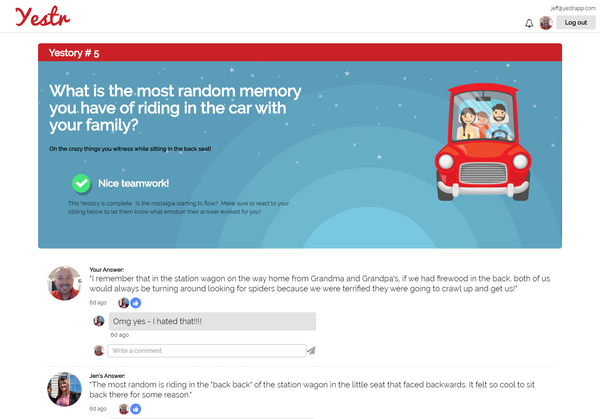 Yestr connects siblings by encouraging them to reminisce together over a daily question.