Maja Overgård was getting frustrated. After she left her job as a management consultant at Deloitte, she was excited to use her newfound free time to work on some projects of her own. She had been wanting to build a camper-friendly Airbnb-like service in Denmark, and trying to code or use other tools hadn’t worked for her. Enter Bubble, and with it, the ability to build and scale her app idea just like she wanted. Just a year and a half after she found Bubble, Maja’s app Hejcamp was acquired by Campspace, one of the biggest campsite platforms in Europe. The experience proved to Maja that she had exactly what she needed to bring her projects to life without coding.

It started out with Maja struggling to find a nice place to go camping in Denmark. ”There was a little bit on Airbnb, a little bit on some private websites, a lot of stuff on Facebook,” she said. “But as a ‘nature beginner,’ it's just difficult for me to actually find any cool places to go to and be inspired. It was all very ‘boy scout’-like websites from back in the days.” What’s more, Maja didn’t see anyone else in Denmark building something to suit her desire for more curated camping spots. So she thought she’d create it for herself. Thus, Hejcamp was born.

Hejcamp is an open marketplace focused on outdoor recommendations. Users can find camping spots, places to pitch their own tents, teepees, shelters, and more creative ways to stay in Denmark. But while Maja had the idea, building the platform was a different story, as she didn’t want to hire a developer or code it herself.

Discovering no-code tools as a solution

“I think I was just Googling around in a last, really desperate attempt—the classic, just lying on the couch, laptop on the legs. I even remember I was sick on that day. I'd been trying to get Hejcamp off the ground for two or three months already at that point,” Maja recalled.

Maja tried finding a template on the WordPress marketplace but got stuck because she couldn't customize the template the way she wanted. She then tried to source some freelance work on Upwork to help her customize her WordPress template, but she wound up frustrated at the quality. She even tried to start learning PHP to see if she could hack the template to her liking.

“I found the holy grail of how I'm actually going to do this.”

“And then on that day, I was lying there with my laptop, you know, I was just like, ‘I'm never going to get it off the ground.’’

“I remember that feeling of finding Bubble and just being like, I need to go out for a walk now because my mind is exploding from how awesome this whole no-code world is. Actually, I was just going back through my messages to find my message to my boyfriend being super excited. I was like, “I found the holy grail of how I'm actually going to do this.”

Bubble wasn’t always straightforward for Maja, but she felt confident she had all the tools she needed to bring her vision to life. With a master’s degree in business intelligence, Maja was familiar with data structures and logic, but the ability to create visually is what tipped the scales. “I’m unlocking a kind of creation power,” she mused. “I've started a coding course maybe two times in all my life, but it’s too far from my idea to actually seeing it on the screen. From that “Hello world” box to actually having an application, it never worked for me to learn how to put the semicolon in the right place.”

Once Maja started building, she felt like she was finally ready to gauge interest in her platform. She got responses more quickly than she expected; Maja had to call her first potential host and explain that she hadn’t yet built a signup form but would welcome feedback for the one she’d have in place the next day. Maja realized how helpful direct feedback from potential hosts could be. She had been nervous to start doing sales, but since she could iterate with Bubble, she was able to nimbly address users’ requests as she built. Hejcamp launched, and Maja felt confident that if the app wasn’t ready, she could make it ready.

“I could easily [listen to potential users and] go, ‘I can see that's a good requirement. You will have that in two hours. Do you want to be a part of my platform then?’”

After snagging hosts, Maja got her first booking, and her marketplace grew rapidly from there. She found there weren’t enough hours in the day for her to do product development, sales, marketing, and customer service on her own. She’d built her startup and proven the case: Hejcamp was profitable, and she felt would either need to hire or join forces with an existing business. As she considered next steps, curiosity led her to check out the LinkedIn profile of Campspace’s CEO, Hugo van Donselaar.

“It was a bit random. It was a—I almost want to call it a little LinkedIn flirt. He probably saw I'd been on his profile, so it happened a bit out of the blue.”

When Campspace approached Maja to acquire Hejcamp—just months after she launched—she considered it a crossroads. She could stay on and take Hejcamp to the next level herself, or she could step back. Since Maja was an expert in the Danish market, Campspace wanted her on board, but she decided she didn’t want to be a partner. She had already quit the rigid, suit-and-tie corporate life once and was committed to staying self-employed. And according to Maja, she has the best waves where she lives on the west coast of Denmark.

“One of my core values is freedom, and I really like to surf,” she explained. “And of course you cannot just surf every Wednesday at 10 o'clock. It's about having the freedom and flexibility to go out when nature allows.”

Maja sold Hejcamp to Campspace in October 2021 and was in a transition period until the end of the year. Since 2022, she’s been out of Hejcamp completely: also part of her requirements. Now, she wants to work primarily in no-code. Discovering that she, “a completely normal person,” could develop a complete digital product without coding fascinated Maja. She quickly took to getting even better at Bubble and exploring all the cool tools she discovered in the no-code space. She even founded her own no-code business, Digital Skaberkraft.

“I'm pitching to a national board here in Denmark [Iværksætter Danmark] that teaches independence and startups to actually do a course in Bubble,” she gushed.

With that knowledge, Maja hopes to change the way entrepreneurship looks in Denmark. She plans to educate founders in no-code as a way to help break down the barriers that come with seeking seed funding. She wants Danish founders to know they don’t need an expensive developer to get their businesses off the ground.

To keep an eye on what Maja's working on, you can find her on LinkedIn, Twitter, or Instagram. 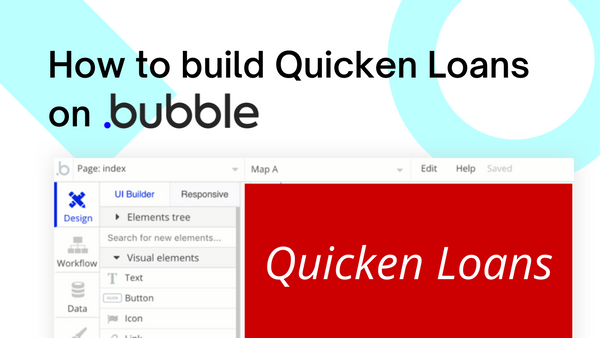 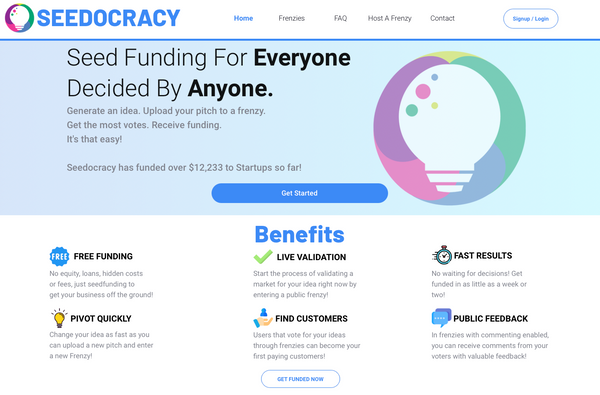 Seedocracy is a seed funding platform that allows entrepreneurs to compete for startup funding through virtual pitch competitions.