A through line of Pablo Heredia’s career so far has been his love of connecting with people; he’s found his inspiration from learning alongside others and showcasing his learning as it goes. It’s why Pablo was a perfect person to Build in Public with Bubble—he understands that building in public is a powerful tool for audience and creator alike. Now a software developer at no-code agency AirDev and a successful Bubbler on his own time, Pablo serves as an ideal example that authentically sharing through the learning process is an invaluable instrument for growth and connection.

Building Blocks of a Builder

Pablo has had entrepreneurial sensibilities since his days in school. While at school for Industrial Engineering in Sweden, he participated in Lund University’s VentureLab, getting the chance to develop three different business ideas and “interact with an ecosystem of different entrepreneurs”; not only did it give him an opportunity to test his own ideas, but he was inspired being around so many other ambitious creators. He filed the feeling away for the future, hoping he would find his way back to entrepreneurship down the line.

Thereafter, he held a host of seemingly unrelated roles in a variety of different businesses and fields: as a renewable energies consultant, as a researcher in a neuroscience lab, as a growth manager at a startup, as a product manager for a robust local events conglomerate. He built his arsenal of knowledge as he awaited the idea to take him from dreamer to founder.

Pablo’s first app idea came from reading Daniel Kahneman’s Thinking, Fast and Slow. In the book, Kahneman presents a formula on how to make difficult hiring decisions in a systematized fashion. This inspired Pablo to make his own web app that would implement Kahneman’s formula and help others make these tough decisions. He started with a Google Sheet filled with formulas, and had a working prototype within two days. But the program wasn’t particularly user friendly, so Pablo looked to turn that basic Google Sheet proof-of-concept into a more robust software-as-a-service (SaaS) product.

He consulted with friends who understood traditional web development, and that’s when they broke the news: It would likely take Pablo months with code to do what he’d already done in only two days with Google Sheets. He’d have to learn three separate coding languages, become comfortable using them, and then build out his own database, having to learn the basics of this on top of all the other learning. Pablo was disappointed but undeterred, and for two weeks went heads down in YouTube tutorials for how to code his idea. But the hill he’d have to climb to get his product anywhere near workable felt too overwhelming for what Pablo was willing to devote to the project, so he abandoned it and moved on.

Flash forward a few months, when Pablo’s sister asked him to set up a simple e-commerce website for her. Knowing he wasn’t particularly interested in learning how to code at this point, he sought out a no-code tool, landing on Squarespace. He built the site in two days, and, to Pablo’s delight, within weeks his sister had sold out of the inventory the site was selling. His uncle then asked for his assistance, and again Pablo delivered a fully capable web product without having to understand a single line of code.

He was re-invigorated to give his original idea a shot, but realized after a rudimentary exploration of Squarespace’s offerings that it wasn’t robust enough to support his needs. “I needed a database for complex logic, since I wanted to run calculations to determine the best options based on variables,” Pablo said. “It was tricky. That's why I’d been able to do it with Google Sheets: it’s based on formulas, and lets you store a lot of different data.”

On the heels of his Squarespace successes, he decided to join LaunchMBA, a community of no-code, profit-focused builders, as a way to find community among other folks trying to build products (and potentially make money doing so) on the internet. Almost immediately, Pablo found exactly what he was looking for.

“Joining LaunchMBA probably changed my life, since it accelerated my progress. The premise was that we would launch 12 projects in 12 months, to have a few experiments to learn from. I was prepared to finally create my app... and suddenly something happened. Janel Loi, one of the members who had just a few subscribers but was quite active on Twitter (where I lurked and consumed content all the time) posted in the group, asking if someone wanted to participate in the Makerpad no-code challenge with her. The challenge was to create an app in 30 days using no-code. It took me 5 seconds to say yes. She seemed talented and fun to work with (I was right!) so I thought it would be a good chance for me to get some hands-on experience and learn some new tools.”

Janel and Pablo put their heads together to come up with something they wanted to co-build, and quickly landed on an idea for an application where makers could exchange feedback with one another at no cost. They bought the domain name and sought out a platform that could support their project.

All it took was a conversation with LaunchMBA’s founder Kieran Ball to learn that Bubble would be the perfect fit for the project. In Pablo’s words: “I opened an account, did the starting lessons and was instantly hooked.” He thought to himself: “Where had this been all my life?”

He watched dozens of Youtube videos and soon understood how the database worked, how to use workflows and how to design a (non-responsive) simple website. He signed up for the AirDev bootcamp to accelerate his learning even further and soon found himself to be a Bubble fanatic: “I was already hooked and Bubbling almost every day, before work, after work and basically whenever I had some free time.”

But he still wanted to learn even more, faster. He’d had experience in this kind of hyper learning prior, and understood that Building in Public was the simplest way to rapidly grow his knowledge: “I knew from my days as a math tutor that the best way to learn is by teaching others, so I decided to do exactly that. I started a newsletter called Bubble Makers where I would teach others what I learned.”

The Build in Public Journey

This first foray into Building in Public was a game changer. “Writing a newsletter changed my life. It showed me that people were interested in what I had to say, it helped me start my journey as a creator, and it helped me start building a small audience on Twitter. There's something special about talking about what you're learning. It allows you to uncover the holes in your thinking so that you can really get better much faster and solidify your knowledge.”

Pablo was able to quit his full time job as a growth manager so he could pursue Bubble full time; he’s now a software developer with AirDev and spends his mornings surfing in Somo while making Bubble apps by afternoon and night. Pablo’s Twitter audience has grown in the meantime, and for the last year has been interested in using the platform to further Build in Public with Bubble, but he struggled to be consistent: “I would write one post, a few tweets, keep going for maybe two or three days, then I'd quit. Building in public takes effort and is hard when done right, and since I'm a perfectionist by nature I was never satisfied with my attempts, which made me quit earlier than I would have hoped.”

When Bubble reached out with an offer to help keep him accountable if he could Build in Public consistently, he jumped at the opportunity. And it’s paid off: “I've gone back to having way more ideas than I can actually transform into apps and I've gone back to creating content that people engage with. The good thing about Twitter is that you're in a constant feedback loop, where you can see what resonates with your audience and adjust your content accordingly.”

Not only that, but his Twitter audience has grown by 600 followers in only six weeks, nearly quadrupling the growth his account saw prior to Building in Public.

His advice for budding builders is simple: “If you don't have an idea for an app, you can start by replicating what other creators do and then adding your own twist, with new logic or different design.”

These days, Pablo can be found working on web apps for Airdev, as well as developing his own curriculum for aspiring Bubble builders to learn by doing—the same way he did. He also continues to #BuildinPublic on Twitter, where his growing audience motivates Pablo to pursue new web apps he otherwise may not have committed to. He offers an important reframe for anyone who wants to Build in Public but needs some structure: “Don’t overthink it: an easy way to build in public is just to learn in public. Interacting is much easier than creating content from scratch, so you can follow a few accounts and reply to their questions.” Follow Pablo on Twitter and give his strategy a try. 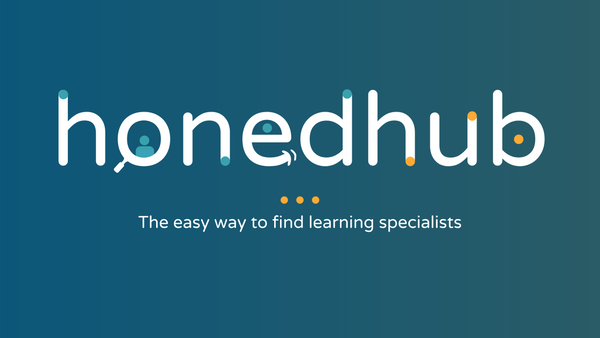 HonedHub.com makes it easier to find learning and development specialists. 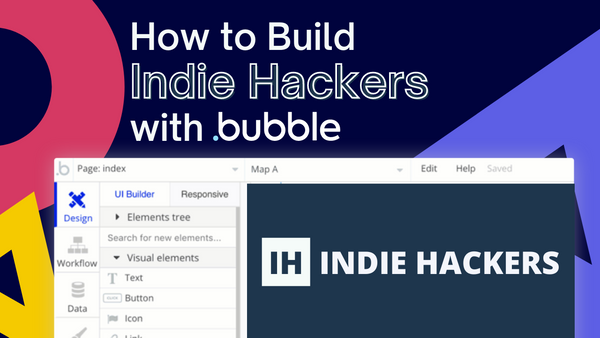