We talked to the founder of TasteJury, Aaron Taylor, about building a bias-free restaurant review app that lets users find the best food in (currently) six cities: New York, Chicago, Los Angeles, Toronto, Austin, and San Francisco. As an experienced front-end developer and UI/UX designer, Taylor has always been looking for faster ways to build software. He chose Bubble to create TasteJury as he believes it is the “most complete and flexible” no-code tool.

TasteJury is a site where you judge where the best place is to get a certain dish in a city. We don’t care about service, ambiance, or even cost. We just want to find the best food. It could be a hole-in-the-wall or a Michelin-starred restaurant.

TasteJury is especially useful for foodies who are traveling to a city and only have a few days to hit up the best food. They could look at Yelp, Trip Advisor, or use food/travel blogs. But those reviews are often biased or paid, and they can be about things other than the food. With one glance at TasteJury, people can know for certain where the best food in a specific category is.

Most people who visit TasteJury will browse a city’s food leaderboards, search for a dish, and check out which places got the highest votes. Then hopefully they’ll go eat at that restaurant.

A minority of visitors are active users (logged in) of TasteJury. They submit dishes, restaurants/places, and vote on their favorites. Users can also comment on leaderboards. They can also save restaurants to their wishlist because every serious foodie has a list of restaurants they’re dying to visit.

I’m actually a developer and designer, but for smaller projects, it doesn’t always make sense to do everything from scratch, so I’m always looking for quicker ways to market. After trying a few no-code tools, Bubble seemed like the most complete and flexible one.

As a developer, I know how long it takes projects to be production-ready. It’s possible that a more experienced developer could have created TasteJury in the time it took to build on Bubble, but I doubt it. It took me about a week to go from idea to launch. For an idea that is more of a side project than a company, it’s important to just get it out into the world as quickly as possible and see if people like it. The longer you spend building a project, the less likely you are to actually launch. So speed was the main factor.

The other factor was having everything in one place. One thing I struggle with on the technical side is figuring out how things fit together: front-end, backend, authentication, security, etc. Bubble takes care of all that for you, which I love.

I launched TasteJury in a handful of cities in North America and got an overwhelmingly positive response. Users have added about 2500 places in about 300 dish categories! Since launching in January, about 5000 unique visitors have come to TasteJury, and certain pages are starting to rank well on Google.

At one point, I put TasteJury up for sale, and someone was interested in buying it. It wasn’t a lot of money at all, but it’s nice knowing that other people think it has potential.

I’d like to expand it to other cities, but first, I want to go deeper into the cities I’m already in and figure out how to get more engagement. I’d also like to make it more visual. After all, we eat with our eyes first. 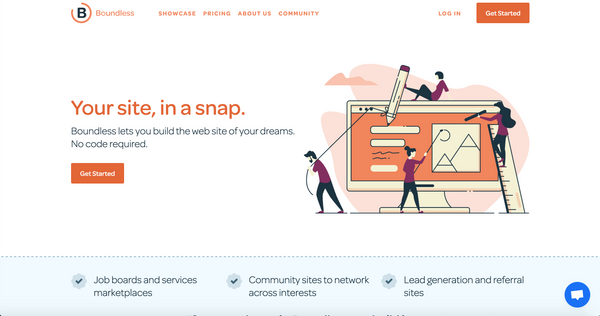 Evaluating Boundless as a no-code website builder, based on features, functionality, pricing, alternatives and comparison. 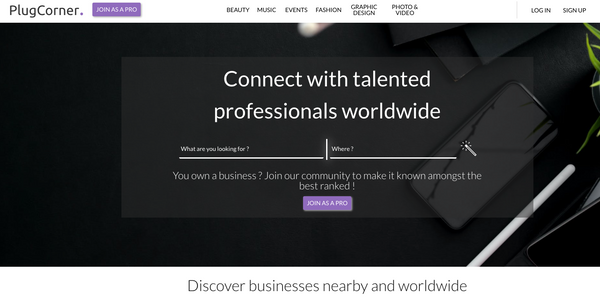 PlugCorner is a listing app that connects freelancers, business owners and clients worldwide.