We spoke with Vidi co-founders, Michael Salmasi and Michael Stroev, about building a live streaming platform for virtual meetups. In light of the coronavirus pandemic and global shelter-in-place orders, they decided to create an app that made it easier to find, host, and share virtual meetups. While they had initially planned on using Bubble  just “to build a very basic dummy prototype for an eventual MVP,” they quickly discovered that they could keep using the no-code platform to prototype and refine their product.

What problem does your company solve?

Michael Salmasi: In the wake of global lockdowns and quarantines, video conferencing has become more than a tool for business meetings or casual hangouts--it has become a new and more interactive form of online media. Vidi is the first live streaming platform for virtual meetups. We wanted to make it easier to find, host, and share virtual meetups, all on one platform, without any hassle or fees.

Vidi lets creators promote and monetize their virtual meetups, which can be hosted using Vidi’s built-in video conferencing technology, or on a third-party platform, such as Zoom. Vidi users can discover meetups, register to attend, donate, and buy event tickets directly through the platform. When the event is over, the creator can post a recording of the meetup that attendees can easily access on the meetup page.

I’m a serial entrepreneur and have launched tech products before. I was working with my co-founder, Misha, on another product that was primarily aimed at coworking spaces, a target market that evaporated overnight, thanks to the global pandemic. We shelved the project, and I brought Misha onto Vidi, which was just an idea at that point. Misha doesn’t have a technical background, and while I can code a little and do have a good understanding of how apps are architected, I usually try to stay away from the heavy lifting that is required of engineers. When I started seeing articles about “no-code” platforms, I was initially skeptical. I experienced flashbacks of playing with early HTML WYSIWG editors, which were always a miserable experience, especially compared to just firing up a notepad and writing some HTML tags. But I was still curious, and I had seen the no-code platform mentioned a few times before, so I bookmarked Bubble.io. I didn’t have time to hire developers or get up to speed with modern web development frameworks, so I decided to build Vidi on Bubble.

We needed to build something, and we needed to build it fast. Bubble seemed to offer a fair amount of flexibility while lowering the barrier to entry, especially compared to starting from scratch with different libraries and frameworks. I didn’t really expect to go very far--initially, I had planned to build a very basic dummy prototype for an eventual MVP. The more I worked with Bubble, the more I realized what I could do with the no-code platform. I got a lot further than I thought I would, and I’m quite pleased with the MVP we were able to deliver.

What has been your traction or success so far?

We only started testing our platform in the beginning of May, so it is still quite early for us. We’ve built a small amount of traction around a select base of creators who have been experimenting with the platform/format, as well as some organized events that have brought in a fair amount of viewers, with our biggest event drawing 100 simultaneous participants.

Besides growing the user base and validating our concept, we hope that Vidi becomes the “Twitch for interactive online meetups,” so we plan to create a user experience that matches platforms like Twitch and YouTube. Our near-term roadmap focuses on adding capabilities such as more powerful host controls, AR filters, custom backgrounds, custom emojis, reactions, and more. We plan on using Bubble to incrementally refine and extend the UX. And even when we “phase” out of using Bubble, we can continue using the no-code platform for rapid prototyping of future features sets or future versions of Vidi. 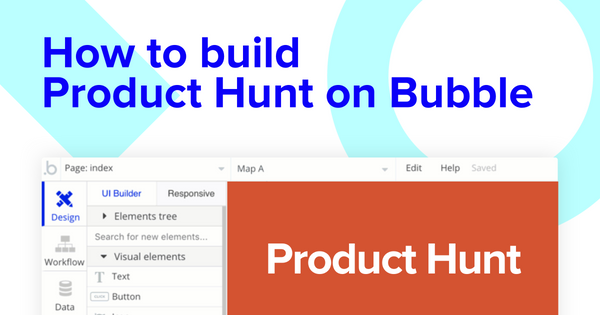 Learn how to create your own community platform without coding, using Bubble's visual web editor. 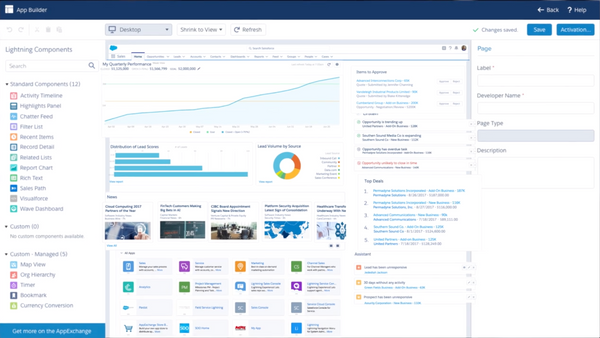 Evaluating Salesforce Lightning as an enterprise-focused no-code tool, based on features, functionality, pricing, and alternative comparisons.