With nearly 1.5 million people in the United States getting divorced every year, marriage may not be the lifelong commitment it once purported to be for many people. Millennials in particular understand that no marriage is safe from the potential of divorce: according to a 2019 study from the American Academy of Matrimonial Lawyers, millennials make up the majority of the 62% increase in creating and signing prenuptial agreements, or prenups, to make legal contingencies in case of divorce.

In February 2021, Sarabeth Jaffe began noticing this trend as she was considering her own nuptials. She and her partner had long planned to marry and made the decision to start making plans towards actually finalizing the paperwork. But they had no idea where to start. So, like a good millennial, Sarabeth took to the internet.

“I started to research things like, how do you even get married? How do you get a prenup? And I realized, like, there was a need for an easier way for millennials who don't like talking to lawyers or paying $5,000 for a prenup, that would be straightforward for them.”

What started as a simple search ended up with an introduction to Sarabeth’s now co-founder, Julia Rodgers, a Boston divorce attorney with over ten years of experience in divorce law. They eventually teamed up to build HelloPrenup, a platform for easier, more affordable prenups, and landed on ABC’s hit TV show Shark Tank. The secret powering their marital tech platform? Bubble’s no-code web app builder.

From code to no-code: How HelloPrenup built a platform without programming

At the time, Sarabeth had only months prior left her previous role as a software developer in the Seattle area. She missed the in-person co-working that the COVID-19 pandemic had all but eliminated, and wanted to figure out a way to feel more inspired by her work if her day-to-day future looked to be mostly remote. Her idea for a product that produced individualized prenups for a fraction of a lawyer’s cost instantly energized her. She immediately got to work.

“I started getting involved in whatever online entrepreneurship communities I could, because it was still a pandemic. And I figured, you know, I was probably just going to keep this as a side hustle for myself. So using a tool that did a lot of the heavy lifting for me would be good. And so I decided to start building it out on Bubble.”

She’d discovered Bubble during her newfound free time, using the time away from a daily work structure to study software engineering fundamentals and understand the emerging technologies in software engineering. As she kept tinkering, she started looking to see if anything similar already existed, realizing there were legal elements of the business that weren’t exactly in her wheelhouse. This is how she came to meet Julia Rodgers, her business partner and HelloPrenup’s co-founder.

Julia had created HelloPrenup two years prior and had already done much of the legal heavy lifting required for a legal technology product. She had a website too, but when Sarabeth went to sign up she was unable to due to site maintenance. After connecting with Julia, she understood why.

“I found her website, and I was like, this is exactly what I want to do: I want to build a platform for people to just go on and create their prenups. [But] I saw that I couldn't sign up to her platform because it was under maintenance. She had been using a series of overseas developers to build her product. I think it was a good start. But it was under maintenance constantly, because contractors aren't really brought in to [consider the] sustainability of the products that they're building. So when I started to dig into the codebase, I was like, alright, we have two options: I can try to reverse engineer to try and figure out how things are currently working, or I can just start from scratch. And I'm the kind of engineer that would rather just know exactly how every single thing works.” She decided to start from scratch.

Even though Sarabeth had a background in software engineering and had experience creating applications using a variety of programming languages, she decided to use Bubble to build the new and improved HelloPrenup. “I knew that I wanted something that as a single software engineer working on a project I would be able to handle,” understanding that too many businesses fold simply due to an inability to sustain a larger team of developers.

She also appreciated that Bubble already had security infrastructure in place: “A lot of the initial setup for the application was already done for me, like the developer operations of setting up the servers and initial security. As a software engineer, I know security fundamentals, but with a platform where you're asking people to divulge financial information, security was really important to me.”

Prenups have different legal requirements in each US state, meaning different information is needed for prenups in different territories and different language is used to create these varying contracts. To quickly process the many different elements, Sarabeth built a custom API to process the data. So while 100 percent of HelloPrenup’s front-end and database is built in Bubble, the API handles the data processing, giving Sarabeth the best of both the coding and noncoding worlds to make HelloPrenup exactly what she needed it to be.

Facing the Sharks on National TV

It took Sarabeth around three months to fully build out the Bubble-based HelloPrenup, a process she says would have taken significantly longer if she had coded it from scratch. HelloPrenup's new platform officially launched in May of 2021 and garnered revenue in its first month, an impressive feat for any new business owner. Soon after launch, HelloPrenup was featured on ABC’s Shark Tank where the women struck a partnership deal with sharks Kevin O'Leary and Nirav Tolia to help scale their company even further.

As HelloPrenup approaches the one year anniversary of its re-launch, the company continues to help couples across the country by making their prenup one less thing they have to worry about as they begin their lives together. And priced at only $599 per couple, the business continues to provide the easiest and most affordable approach to the often tense prenup-creation process, a service that cannot be underestimated in its convenience.

What’s Julia’s advice for nontechnical founders to achieve their same success? “Try to find a developer that you can work with long term and find a technical advisor who can at least do a couple reviews of that developer’s code so that you know they're building something well, and also require them to build tests within the software. So that when you pass it off to someone else, there's a little bit of safety behind building on top of what already exists.” 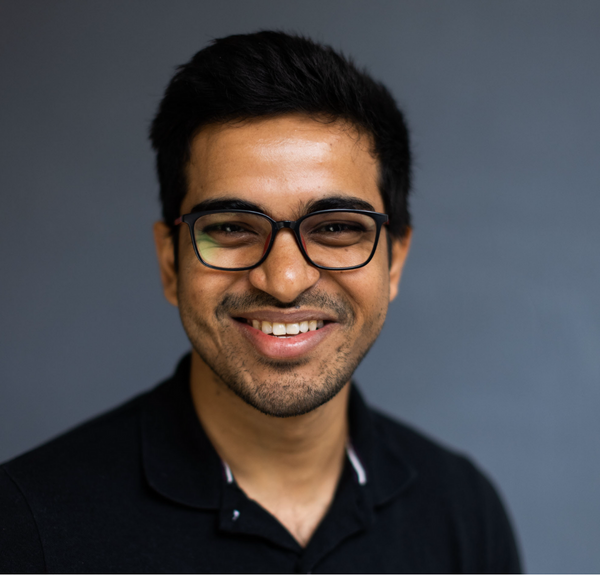 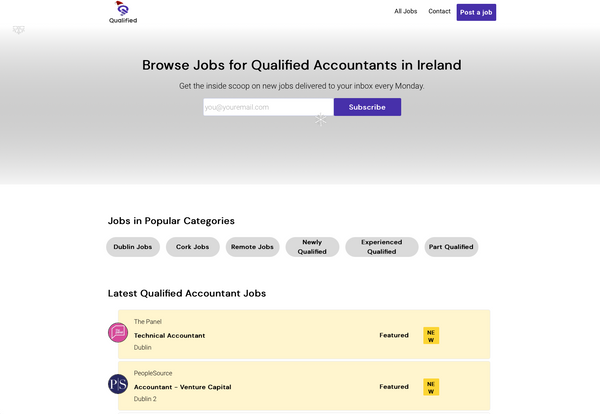 Qualified is a niche job board app focused on connecting qualified accountants with businesses in Ireland.