Joshua Tiernan is the founder of Remote Circle, a jobs site that helps you find real jobs you can do from home, regardless of where you are in the world. His previous ventures include WeddingHacks which was acquired. He is based in Edinburgh, UK.

What inspired you to build Remote Circle?

I wanted to work remotely from the UK. Most jobs listed on remote job sites were for US teams and candidates located in the US. It was frustrating to go through a list of 40 jobs and find only 4 that I was eligible to apply for due to timezone and location restrictions. That made me realize timezone is the key to solve this problem. I created Remote Circle so you can search for remote jobs in your timezone.

Why did you choose Bubble for your business?

I had heard a few mentions of Bubble around Twitter and liked the concept of being able to build an app from scratch without the limitations of a template. At that point it was the only proper ‘no code’ tool I had heard of. I had built many sites on WordPress but Bubble was interesting because I could create something exactly how I envisioned it, with all the desired functionality without having to use a load of workarounds.

Could you walk us through a map of your development process from idea to launch?

I have experience building online businesses in the past. I am probably more entrepreneurial than technical but have picked up the technical skills as I’ve gone along. I built WeddingHacks that got acquired, so I suppose I had a fairly good idea of how to get to launch. The biggest challenge was entering a market that already has extremely successful sites like RemoteOK and We Work Remotely. Trying to differentiate from those where customers are already quite committed can be a challenge.

The initial MVP took 1 month to build. I hadn’t used Bubble before so I was learning as I went along. The first version was simple but it did the job. I installed Hotjar to analyze how users were interacting with the site so that I could find out what users didn’t like. I iterated on this feedback and made changes for the next 11 months. I over-developed it and have since had to pull some of those features back to make it simple for the end-user. If I had to replicate the site today from scratch on Bubble, it would probably only take 1–2 weeks to build. The hardest part was making sure it was easy to use. As Remote Circle is slightly different from a standard job board because it includes the timezone filter, I had to spend some time thinking about how to get that into the UI in a way that was instantly understandable.

To what extent have you differentiated and benefited from those larger players?

For me, the main USP (unique selling proposition) I had is the timezone filter and hopefully a solid number of jobs. The timezone feature is a great feature as it allows users to add their location which is then converted to their timezone and filters the list of jobs to only those that are hiring in that timezone. It completely removes the need to scour through job descriptions. This is quite a difficult feature to explain to customers with just a few words of copy on a site though so trying to get that message and the UI right was absolutely key. When users land on the site, they need to get it right away, otherwise you’ve lost them.

I am not of the opinion of competing with larger players in the space. Growing organically and genuinely offering something beneficial to customers is how we catch on. When we publicly launched 2 months ago and posted to a few places online, most of the feedback was positive but a few asked “Why would you create this when other sites exist?” then they came back in a few days saying “Totally get it now”. These initial critics helped us grow and became early ambassadors which has helped us drive organic growth.

Looking at Twitter threads by tech influencers on this subject, can we now call remote working a movement?

I see remote work going widespread in 10 years. In many ways, it’s still a bit of a niche topic right now. There are so many startups in the remote space and not just for jobs but also blogs for remote workers and tools created specifically for remote teams or workers. These are all great but they can also reinforce the fact that remote working is something different than ‘mainstream’ work. That’s ok because it has to develop and there are a lot of companies that don’t have a process in place to handle this internally yet, but they will in a few years. Remote working is a lot cheaper for companies — they need less space, no office insurance and can cut out a lot of logistical problems once you’ve got a good setup. Companies don’t just want talent, they want staff that meet them culturally. Trying to get both boxes ticked in your own city can be a challenge. Remote working can open up the talent pool so much wider to find that perfect talent/culture fit.

Where will most of the growth for remote working come from — companies that outsource or people who want a lifestyle?

There is massive demand from both sides. The ‘digital nomad’ scene is a subset of remote work and I would say is a distraction. When some people hear about remote work, they instantly think it’s about working with a laptop on a beach. Personally that doesn’t appeal to me. I work in a home office and I have a family. There is nothing wrong with the digital nomad movement but I think that the majority of people just want secure jobs they can do from home. Because so many candidates want remote work, that forces companies to offer remote work, otherwise they’re missing out on that talent. The biggest resistance is coming from larger companies with decades-old tech infrastructure. They’re hard to convert. But really, there’s no need to have an office any more. Most of that is down to the cloud and the quality of the tools we have available now. For example, you could run an entire business with only Slack, Dropbox, Trello and Bubble. Tech has empowered us, whereas the requirement for an office is just a mindset.

What is your next iteration for Remote Circle and what are you personally excited about?

I’m a bit of a perfectionist so I spent way too long making tweaks that in hindsight probably weren’t necessary. I’m going to try not to make changes for the next 6 months. The product does what it is supposed to do and I’m happy with that. I also want to avoid over-complicating it as I think simplicity is the key. My main focus now is simply to increase the number of jobs that get posted natively and then monetize. There are so many marketing channels and hacks to find people in certain niches but after targeted research, I always come back to a few things that work well — For the most part, that’s just Twitter — and maybe Hacker News and Reddit too. I avoid anything where I need to spam the internet by pasting links all over the place. My approach is all about organic growth and building awareness of the product. Through awareness, the sales will come. I’m looking at a freemium model with free to post and £20 for a featured job. I might also consider sponsorship initially. I am reaching out to companies that are hiring, not to upsell but just to introduce Remote Circle. Being friendly and helpful goes a long way. 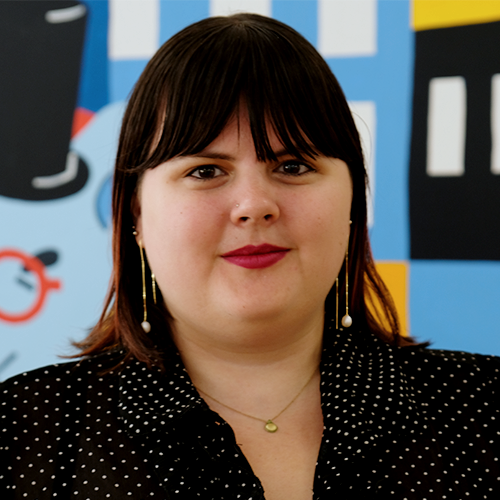 We’re extremely excited to announce that Bubble just raised its first round of financing with SignalFire and Neo.