Being a parent can be both incredibly exciting and extremely daunting. From birth-related complications to nutrition and safety considerations, parents today deal with a plethora of daily tasks concerning the health and safety of their kids. Tot Squad, a baby service provider conceived to precisely address the needs of parents of young children, is a pioneer in this new parent market.

Tot Squad is a marketplace that connects new and expecting parents with health, wellness and safety services like lactation consulting and car seat installation. Founded by Jennifer Saxton, Tot Squad’s mission is to “help make parents’ lives easier by connecting them with the experts they need, virtually and in-person” and “to deliver peace of mind to parents, from pregnancy to the playground.”

However, creating a tech platform to offer these services online and connecting eager parents with busy providers was a challenge, which is why the development of Tot Squad’s web app needed to be optimized as much as possible. We dive deeper into the story of how Tot Squad used Bubble’s no-code platform to help them establish their business.

According to Tot Squad's Head of Product Matthew Quinn, the team first discovered Bubble through a product mentor who recommended it on the basis of its flexibility. However, it was only after hearing about Bubble on the podcast This Week in Startups that Tot Squad’s team became convinced about using no-code.

They were sold on the prospect of being able to design an app within a short span of time. “Our resources were tight until our national partnerships started humming and we wanted to build a production quality web application quickly, affordably and reliably,” says Matthew. “We are a B2B sales led organization that both had to rapidly deliver on a product for our partners –retailers like Walmart – but needed the flexibility of iterative development, all without the resources of a traditional engineering team.”

Tot Squad mainly seeks to help parents on tasks that used to be taken care of by “the village,” but that in our modern society remain fragmented and opaque. Their services largely focus on connecting parents with curated providers that offer:

One of the most noteworthy features of the first version of their application involved an integration with Facebook. Whenever a new user signed up, Tot Squad queried the Facebook groups that they belong to. When they purchase from a provider, that group is tagged. When another Facebook group member logs in to Tot Squad and visits the marketplace, they can see messages like: “4 parents in LA Mommies have used this provider."

In building this version of the app, Bubble’s request for proposal (RFP) portal allowed Tot Squad to save around 30 hours of development, according to Matthew. “I was blown away,” he said. “I really didn’t believe we’d get any quality responses. After interviewing the 17 teams that responded, we settled on partnering with [the agency] MVP.dev.” The agency was agile and kept Matt in the loop on meetings; they took ten weeks of carefully budgeted planning to launch the first fully functional version of the app.

The second iteration of the app has an even wider set of features, including:

Since then, the Tot Squad team has been able to take ownership over adjustments to their own app and spent time doing user research getting ready for their next set of sprints.

“I honestly cannot properly articulate how amazing it is that I can tinker in the web app without engineers.”

According to the Tot Squad team, big things await their company in the future: “We’re adding larger and larger partners to enable new parents to add services to their baby registry instead of just products, and we’re helping connect discussion boards & forums to expert advisors when the wisdom of the crowd isn’t always accurate.”

Tot Squad has served thousands of parents with its app, making it a major player to watch in the market of parenting services. Tot Squad also received the recognition of being in the 2020 Techstars Accelerator cohort. “Techstars gave us both the mentorship & capital we needed to steer away from being a services company and towards being a technology company,” said Matt. “Between peers, mentors and the ‘give first’ community at large, we have always been able to find answers to the tough questions and pivot into an agile customer-centric company.” As Tot Squad continues to grow, it plans to expand its ability to help parents with the more hectic parts of parenthood. 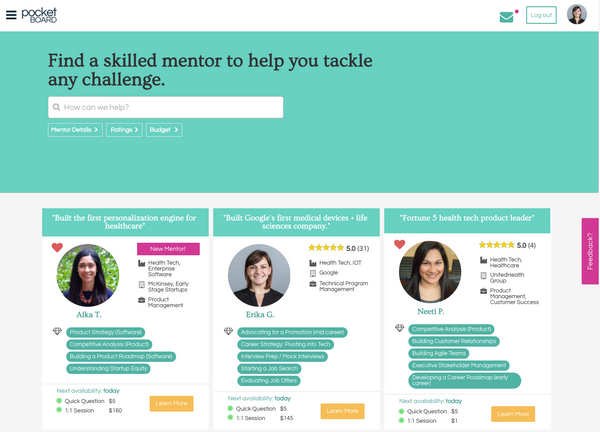 Pocket Board is an app that makes it easy and accessible to find the guidance and coaching you need through mentorship. 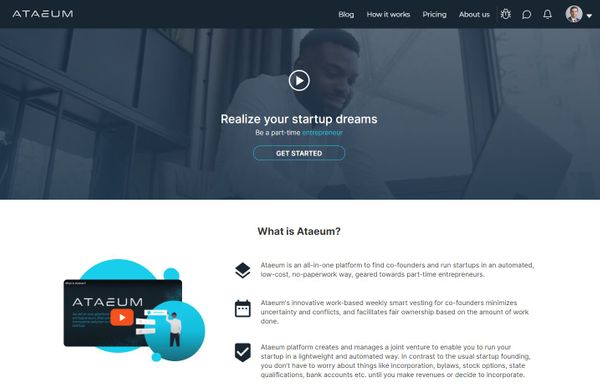 Ataeum is an app that connects entrepreneurs with other co-founders and allows them to run startups in an automated, low-cost, no paperwork way.