When we started building LinksUp a year ago, I had no idea how to code, let alone create a whole app from scratch. I used to work in finance—despite having done some projects in tech in the past, I had no prior experience in coding. I heard about Bubble and discovered the potential of making what we wanted without writing a single line of code.

We initially started LinksUp to help creators and solopreneurs easily set up a storefront for their projects and automate their back office. Our app was featured on Product Hunt and received the #1 Product of the Day badge. LinksUp was also nominated for the Golden Kitty product of the year award in the creator economy category.

The current focus of our product is web3—specifically, content creation and tokenization with NFTs. Creators can claim ownership of their content by minting an NFT and storing the attached content (such as song or video) on a decentralized blockchain. However, the content is still accessible to everyone. This makes the value of token ownership a subject of debate. For example, I can mint a song or video NFT, but without gating, it can still be accessed by someone who doesn't own that NFT. Token gating is a way of guaranteeing that only the holders of the token can access the content, which gives it more value and utility.

This is how it technically works: The wallet (e.g. MetaMask) seamlessly connects to the white-labeled storefront of the creator. The system can then verify the ownership of the NFT. If the ownership is confirmed, access to the creator's content is then granted. Thus no login or password is required. It’s essentially a web3 member area where users have total ownership of their content.

Most major membership platforms profit when users’ content, like videos or songs, goes viral. With token-gated NFTs, creators don’t have to depend on these platforms for discovery and views or pay intermediary costs for hosting and affiliation. NFTs return ownership of content—and profit from the revenue it generates—to creators. Using NFTs to gate content enables creators to host their content on a decentralized blockchain instead of a platform's database. This way, they can sell content directly to an audience.

A consumer buying a piece of music or video NFT from a small creator means that they are either a fan and adopter or are speculating that this creator will get big with their NFTs gaining in value as a result. It’s like buying stocks, but the underlying asset, in this case is the creator’s brand and content instead of a company. If an aspiring creator gets famous, so does their content, and NFTs shoot up in value. Creators can even include royalty fees in their smart contract while minting their NFTs. If applied, the original creator receives a percentage of all secondary sales.

LinksUp consists of two different Bubble apps connected with each other. This structure provides users with their own white-labeled storefront solution consisting of:

LinksUp is like a website builder for creators. The first app is the user's white-labeled storefront. The second app is the editor, where users can customize the storefront pages, create content and services, mint NFTs, and more.

Building an app of this scope with a traditional code-based approach would have been a massive challenge with our small team and limited resources. So the decision was made to build on Bubble, and with it we managed to launch the app really fast—in less than two months. Bubble's app connector, which can stitch together multiple apps via internal API, made this possible. We integrated Netlify using Bubble's API connector to provide users with their own white-labeled domains.

From there, we focused on adapting our platform to the increasing demand of creator communities for decentralized content ownership and web3 features. At that point, our current CTO, Sassun Mirzakhan-Saky, had joined the team. He had a long track record in traditional code and had worked on numerous IT projects. This was a huge boost for our team, now four people, and opened up new possibilities in terms of technical capabilities.

“Bubble changed the trilemma of ‘scope vs. costs vs. speed’ which persists in traditional software development," says Sassun.

You can break the no-code stack we used to expand into web3 down to three main components:

All this was built in only a fraction of the time it would have taken with a code-based approach.

Andrew Chu’s Bubble-built NFT marketplace, one2all.io, was also a big inspiration for LinksUp. “The goal of one2all was to prove that a fully functional NFT platform was possible in no-code without cutting any corners. In fact, we believe it will prove to be the lowest-cost and fastest way for anyone to build their own unique web3 vision today,” Andrew says.

The Future of No-Code and Web3

At LinksUp, we want to expand further into web3 since these are the features that excite our users most, and we see that the adoption of this new technology is rapidly increasing. We are convinced that having Bubble as the core of our no-code stack is a huge advantage.

We plan to use the skills we gained building LinksUp and our Bubble agency for our new venture idea, which will take the synergies between no-code and web3 to a new level. Ultimately, our main goal is actively helping and empowering founders.

You can find out more about LinksUp on Twitter or LinkedIn. 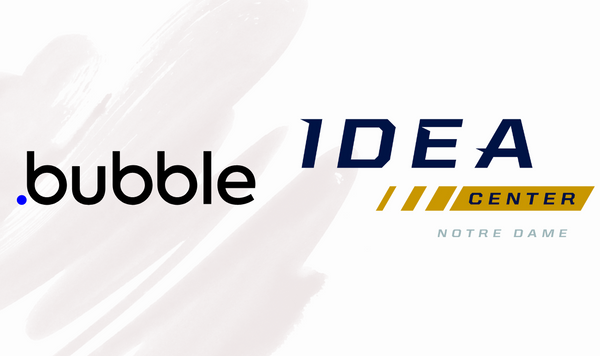 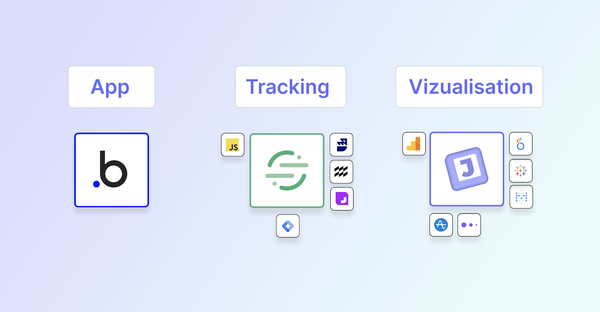 With Segment and June for Bubble, you can collect and visualize user behavior like a pro—without any code.